Garage a Trois: Calm Down Cologne 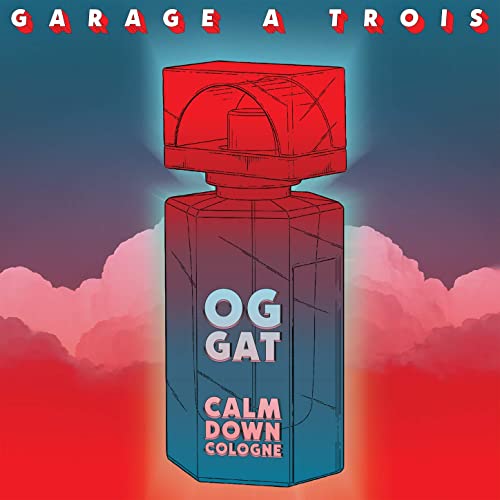 When Galactic drummer Stanton Moore, saxophonist Skerik and guitarist Charlie Hunter first formed Garage a Trois back in 1999, it felt like an explosive side-project that had fans clamoring for these in-demand musicians’ take on fusion funk. Their debut album, Mysteryfunk, delivered on that promise. But the trio quickly expanded into a foursome with the addition of percussionist Mike Dillon and, over the years, they’ve also seen Hunter shift out of the lineup and folks like John Medeski and Marco Benevento shift in. Calm Down Cologne is the unlikely return of the original three-piece format, their first new studio recording in 22 years. During a string of reunion shows in 2019, they hopped into the studio for a daytime session, and these five tracks are the results. From the onset, it’s clear the three players sound as fresh as they did back at the end of the century. The nine-minute opener “No Zone” starts with a frenetic, psychedelic funk groove before moving into a steady beat that Skerik consistently flutters over. The even longer “In-a-Pro-Pro,” with its mid-tempo beat, finds Hunter and Skerik flirting back and forth with squeaks and scronchy sounding improvs. And the album-ending “Numinous” finds the three heading into darker groove territory, boasting seven minutes of ominous sounds that all work together to create another unique mood here. It is emblematic of what Garage a Trois has done so well over the years, showcasing how three master musicians can click together and challenge each other at the same time—while still creating a wide range of funky atmospheres. Though decades have passed since these three first got together, Calm Down Cologne is a fun and spunky return that feels plucked from the same world the group was born out of.