FILM: The Many Saints of Newark 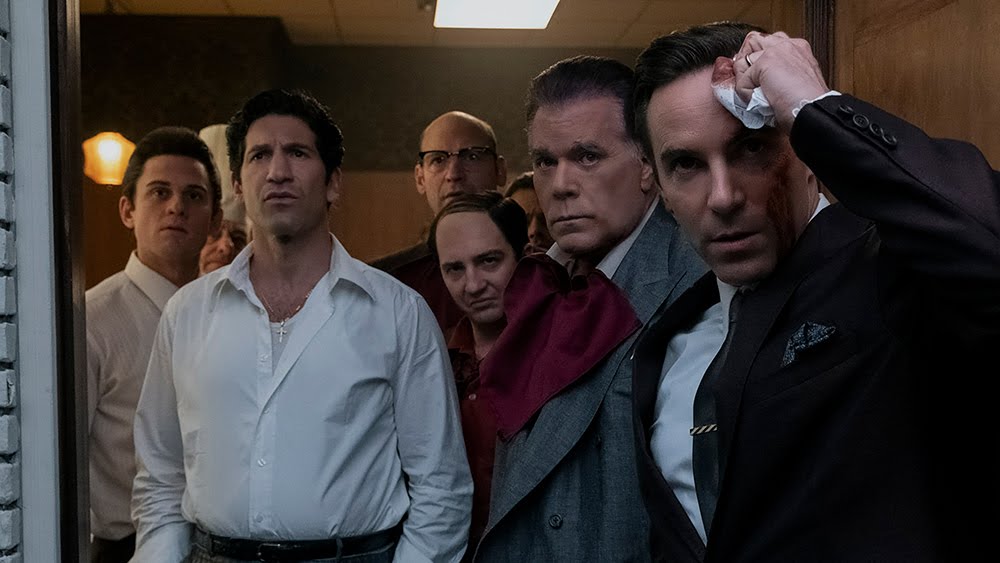 When the final episode of The Sopranos aired in 2007, it brought to an end a cultural phenomenon that for the previous 8 years had blazed a trail for the kind of cinematic television now taken for granted. The fact that the final episode ended with the ultimate ambiguity of a cut to a blank screen at a moment of incredible tension had always left fans with the hope that its creators would eventually offer a conclusion in the form of a further series or a film. The untimely death of star James Gandolfini in 2013 dashed those hopes permanently, so the announcement of a prequel film showing the formative years of central character, mob boss Tony Soprano, had left fans both ecstatic and wracked with trepidation – could a prequel even hope to match the series?

The prequel has arrived and is called The Many Saints of Newark. Newark is the New Jersey city in which the Italian-American mafia dominate organised crime; the ‘many saints’ refers to the English translation of the surname of central character Dickie Moltisanti (Alessandro Nivola).

Against the backdrop of racial tension and riots in late-1960s America, Dickie is a rising star in the DiMeo crime family under the leadership of the Soprano brothers, Johnny Boy (John Bernthal) and Junior (Corey Stoll). When Johnny Boy is incarcerated, his young son Anthony needs a role model and turns to Dickie for guidance and support. The viewer of course knows that young Anthony is destined to become the head of this murderous family. The Sopranos explored Tony’s sociopathic tendencies, through the process of Freudian psychoanalysis in his psychiatrist’s office.  The Many Saints of Newark lays the origins of these tendencies bare – Dickie Molitsanti is charming, charismatic, and often righteous, not least when defending his young stepmother from the violent rages of his much older father Dickie Senior (Goodfellas star Ray Liotta); he is also a violent murderer, and this is not restricted to his criminal rivals. 40 years later, this will also describe Tony perfectly.

In one particularly poignant scene, Dickie is introducing his newborn baby son, Christopher, to his extended family. He hands the baby to the teenaged Anthony, who takes him gently and beams at the infant with genuine affection. The viewer, though, knows exactly what will happen to Christopher at the same hands in 40 years. This horrible foreshadowing is made all the more powerful by the fact that teenage Anthony is played by James Gandolfini’s son, Michael Gandolfini, who bears such a resemblance to his father that the viewer is never in doubt that they are once again watching Tony Soprano on screen, albeit an awkward, uncertain teenage version. Another central family relationship from the series, that of Tony and his difficult, domineering mother Livia, also looms large in The Many Saints of Newark. Vera Farmiga gives the stand-out performance in the film as Livia – all the histrionics, mood swings, and manipulation fans would expect are very much present, but Farmiga makes the character her own here, and it is almost a shame that she does not have more screen time.

The film works well as a gangster genre piece in its own right, ticking all the right boxes – characters attend multiple elaborate Italian funerals complete with fights among the mourners; improvised dentistry is performed with a power tool in a torture scene. But make no mistake: this is a movie for fans of The Sopranos. Younger versions of beloved characters are offered up proudly, their mannerisms and catchphrases present in abundance. This could easily have been overcooked, but thankfully never feels forced. Corey Stoll’s portrayal of Uncle Junior is a note-perfect example; John Marago’s young version of Tony’s eventual second-in-command Silvio Dante is less successful, however, and feels like an impersonation of the character.

Overall, hardcore fans will be very happy, and there will almost certainly be sequels. There is no ‘Darth Vader’ moment here, where young Anthony turns to the dark side and becomes Tony the mob boss. The Sopranos universe is far too subtle, nuanced, and human for such a cheap trick. Instead, Anthony is shown as impressionable, and the viewer knows that the culture that surrounds him will eventually permeate through his skin. It is no surprise that in The Sopranos Tony is so determined to protect his own son from this culture. In a key scene in The Many Saints of Newark, Dickie visits his own uncle, Sal, in prison. Uncle Sal (the twin of Dickie’s father and thus also played by Ray Liotta, who is intense and compelling in both roles) will be behind bars for life for various horrific crimes, and is sanguine about fully deserving his fate. He offers Dickie some advice regarding his relationship with young Anthony: “stay out of his life”. Both Dickie and the viewer, however, know it is already too late.