Film Review: ‘Let Him Go’ Is A Gripping Thriller 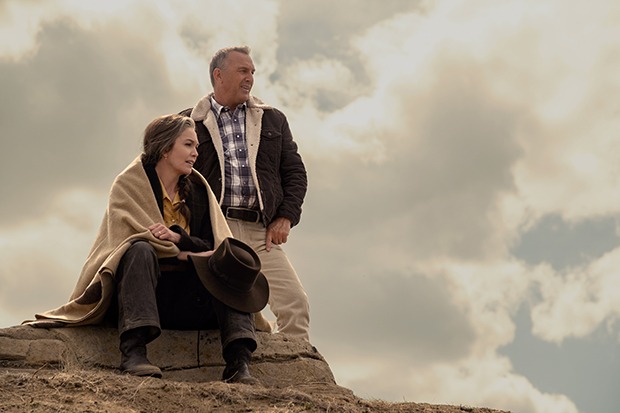 There’s something distinctly old-fashioned about Let Him Go. And it’s not just the setting or the genre. Thomas Bezucha’s thriller, which is expertly cloaked as a semi-modern western, pits depravity against decency. Family values matter as much as revenge, if not more so. While the elements are traditional and the plot somewhat familiar, Bezucha gives Let Him Go a contemporary twist by putting a pair of strong, complicated women at the heart of the story. Male characters might hold the guns, but they don’t call the shots.

Let Him Go opens on an ordinary day on the Bleckledge ranch. George (an amiable Kevin Costner) keeps the farm running with the help of his adult son, while Margaret (Diane Lane in an awards-worthy turn) helps her daughter-in-law, Lorna, tend to baby Jimmy. Relations between Margaret and Lorna are a little strained, but it’s an honest, largely uneventful life. The year is 1963 and the world is slowly changing, but not for these people. They are tucked away in the plains of Montana where nothing really happens… until it does.

Tragedy strikes when the Bleckledges’ son dies in a riding accident and the family’s pastoral idyll begins to crumble. Lorna eventually remarries, leaving George and Martha rudderless without their grandchild. Things go from bad to worse when the newlyweds disappear without a forwarding address. Margaret is distraught and decides to take action. After some resistance, George indulges his wife’s folly — hoping to get a little closure. This is when Let Him Go segues from an acutely-observed character study into something darker and more compelling.

George and Martha head to North Dakota, the birth place of Lorna’s new husband, and soon realize that they are wading in very unfamiliar waters. It turns out, that Lorna’s groom belongs to a criminal clan and they don’t take kindly to strangers. In their naiveté, the Bleckledges agree to meet with the matriarch. Blanche (a scene-stealing Lesley Manville) is cruel and threatening during the tense encounter, which alarms George and Martha all the more. Things eventually descend into violence and George ends up in hospital.

A final showdown seems inevitable and Let Him Go doesn’t disappoint. There’s something genuinely chilling about seeing a group of middle-aged people come to blows and the finale is executed with minimal fuss or melodrama. While George is undoubtedly the film’s moral compass, Margaret is its hero. She proves to be braver than her retired sheriff husband and is willing to go to any length for justice. The character is also wonderfully flawed, constantly putting her nose into other people’s business. Margaret meets her match with Blanche, who is nasty and spiteful in a way that a male antagonist could never be.

While the pacing is leisurely and the action, which occasionally grim, is more subdued and realistic than other blood-soaked westerns of late, the film is never less than captivating. Costner has the tired, old cowboy routine down to a fine art, while Lane reminds us that she’s one of the most underrated actresses working in Hollywood. Patriotism isn’t popular in 2020, but Let Him Go is a reminder of what America, once upon a time, at least aspired to be. The film is now showing in theaters.