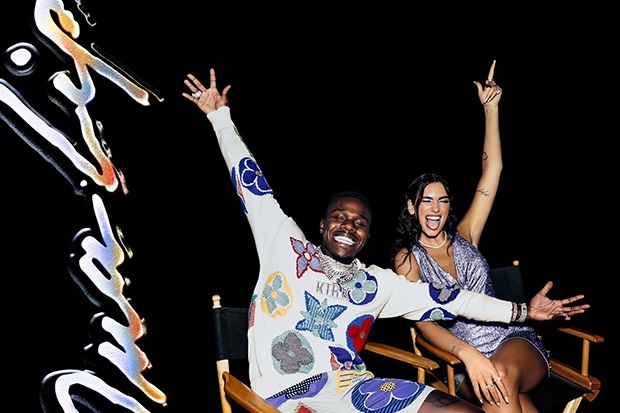 Dua Lipa hasn’t given up on “Levitating” yet! The Brit got fans buzzing by announcing the imminent release of a remix featuring DaBaby on October 2. It’s somewhat surprising given that the Future Nostalgia already got a (very) high-profile remix. Of course, I’m referring to The Blessed Madonna’s version on Club Future Nostalgia, which features cameos from Madonna and Missy Elliott. Although the initial response was polarizing, it makes complete sense within the context of the album.

While the concept of a rap feature doesn’t spark much joy from a pop fan’s perspective, it makes sense commercially. DaBaby is sizzling hot right now thanks to summer smash “Rockstar,” which spent seven non-consecutive weeks at number one on the Billboard Hot 100. His participation is destined to bring in big streaming numbers and appeal to radio programmers across multiple radio formats. See Dua’s “Levitating (Remix)” cover art below.