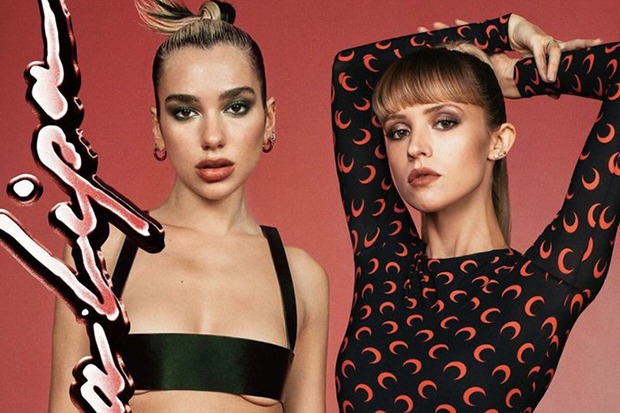 Dua Lipa rolled out “Fever,” a collaboration with Belgian pop star Angèle, as the latest single from the bonus edition of Future Nostalgia last week. The bilingual bop was an instant favorite with fans thanks to its catchy chorus and slinky production. “Before you came around, I was doing just fine,” the Brit begins the song over Ian Kirkpatrick’s beats. “Usually, usually, usually, I don’t pay no mind.” Unfortunately, our heroine catches feelings. “I’ve got a fever, so can you check?” she purrs on the chorus. “Hand on my forehead, kiss my neck.”

Angèle, who is one of the biggest stars in the French-speaking world (her debut album, Brol, sold more than 750,000 copies in France alone) then steps up for a verse in her native tongue. She also contributes the elegant bridge. The collaborators now release a visual, which finds them roaming the streets of London after a big night. The hitmakers talk castration and stop at the local chippy. Check out the video below and buy a ticket to Dua’s Studio 2054 virtual concert to see the first live performance of “Fever” on November 27.