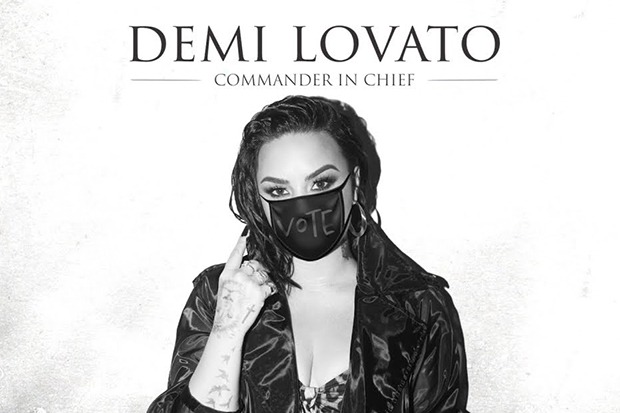 Demi Lovato takes a stand on politically-charged, new single “Commander In Chief.” Co-written with an all-star lineup that includes Julia Michaels, Justin Tranter and FINNEAS, the pop star’s latest is a razor-sharp missive aimed directly at Donald Trump. “Were you ever taught when you were young, if you mess with things selfishly they’re bound to come undone?” Demi begins the powerful ballad. “I’m not the only one, that’s been affected and resented every story you’ve spun.”

She really goes for the jugular on the chorus. “We were taught when we were young, if we fight for what’s right there won’t be justice for just some,” the 28-year-old belts. “We won’t give up, stand our ground — we’ll be in the streets while you’re bunkering down.” That’s followed by this barb: “We’ll still take knee, while you’re Commander in Chief.” I think it’s fair to say that points were made. “Commander In Chief” follows “Still Have Me” and Marshmello collaboration “OK Not To Be OK.” Listen below.