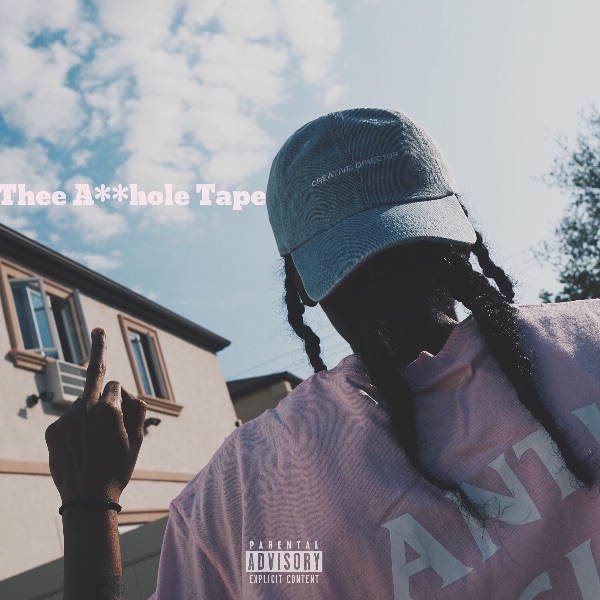 February 2020 – AlexTheeMack is a rap artist based in Brooklyn, New York. Recently, she launched a brand new album titled “Thee Asshole Tape,” now available online. The release features eight new songs, and there is even room for a collaboration with fellow artist UI, who appears on the 5th track, “Still Tippin’ Freestyle.”

The album opens with the title track, which serves as a perfect mood-setter for this release. Later, the flow reaches a new peak on “Who Run It Freestyle” and “Black Privilege.” These songs echo the sound and feel of artists like Lil Wayne, Logic, Wu-Tang Clan, or Missy Elliott, only to mention a few. On “Cocoa Butter Kisses,” Alex goes for a more mellow vibe in terms of production, and she showcases her ability to tune it down a notch when needed. This is one of the songs that showcase her versatility, going for fast-paced lyrics and more melodic sections alike.

“Still Tippin’ Freestyle” has a heavier texture with a cool, old-school beat. In terms of energy, this one of the defining moments on the EP, and it brings a fresh old-school twist, along with “East NY,” which stays true to its title with a killer East Coast vibe. “How to Make it in America” is a characterful song that begins with a melodic sample and goes on with a boom-bap type beat and a very articulate vocal flow. Last but not least, “Wanted 4 Hire” is a chill beat with lots of atmospheric sounds, setting the bar higher in this production.

Find out more about AlexTheeMack and do not miss out on Thee Asshole Tape, which is now available on Spotify, as well as other platforms on the web: