Tekashi’s girlfriend Jade has been arrested after assaulting the rapper and leaving marks on his face. 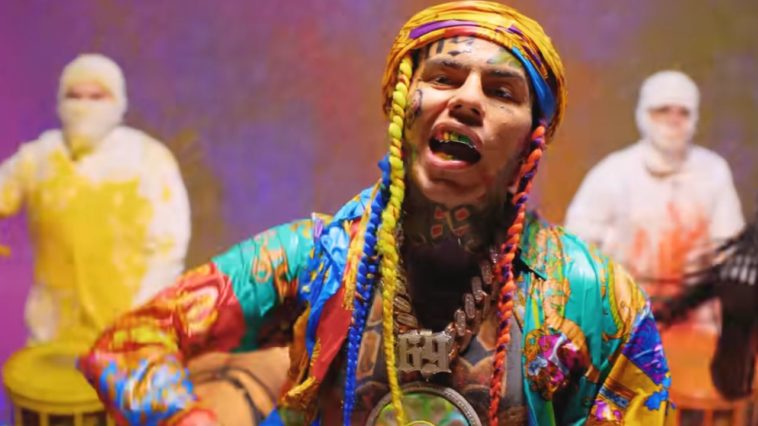 Tekashi 6ix9ine’s girlfriend was arrested last night after things got physical during an altercation.

Rachel Wattley, who goes by Jade, was charged with battery after Tekashi told cops she put her hands on him.

In the video, viewers will notice Jade and her friends are surrounding 6ix9ine.

The New York-based rapper addressed the incident saying he would bail Wattley out:

“I’m going to get her out of jail she attacked me in front of the police I told them. You have to evaluate her she’s obviously under the influence I don’t plan to press any charges, I’m the one trying to bail her out.”

As of right now, the bail is set to be over $1k for Jade to enjoy her freedom again and maybe work this out with the “FeFe” rapper.

A similar situation happened between Blueface and his girlfriend Chrisean Rock.

Earlier this month, a disturbing video surfaced on the internet showing rapper Blueface getting into a physical altercation with his girlfriend and fellow rapper, Chrisean Rock, on Hollywood Boulevard.

The person recording also gave real-time comments during the video, which started with a heated argument that escalated into them taking a swing at each other.