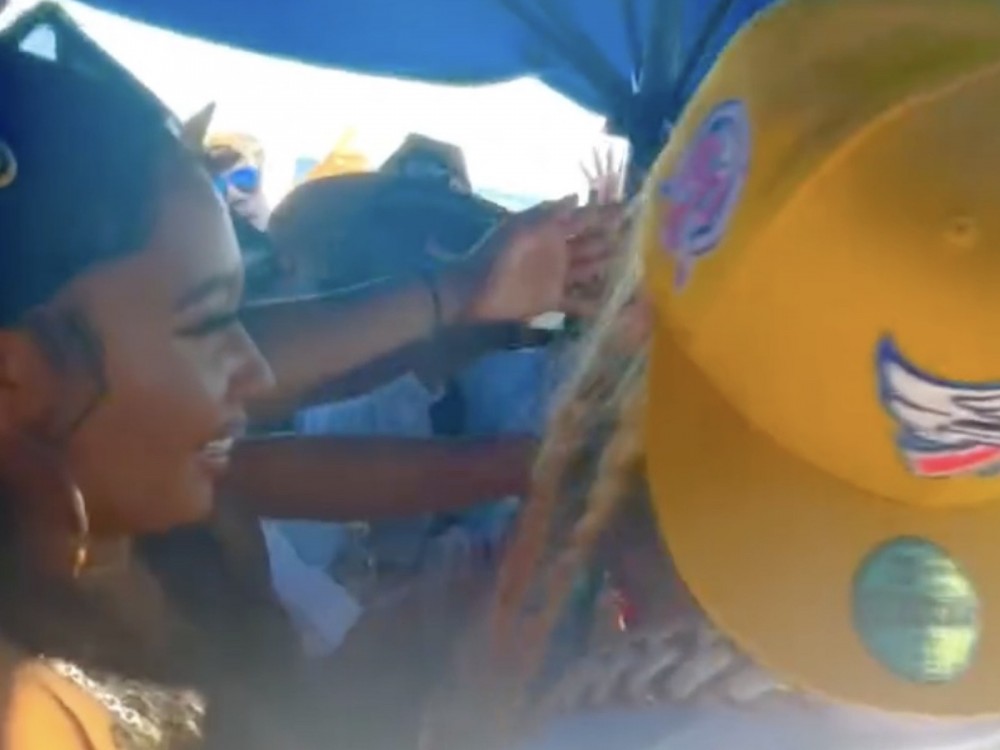 New York rapper Tekashi 6ix9ine and Jade are on their Bonnie and Clyde out in Mexico. The inseparable couple have taken their relationship goals South of the Border to bless children and their families with money. 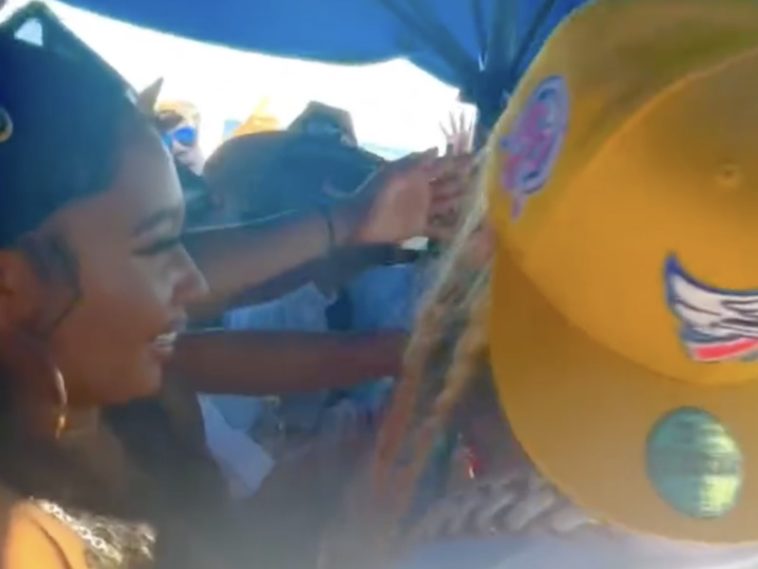 6ix9ine went to his Instagram page with footage of himself surrounded by tons of children. Along with giving them money for their parents, 6ix9ine received hugs from the appreciative kids.

Switching topics up, 6ix9ine recently went to his Instagram page with a TikTok clip joking about someone in heaven not having his team get vengeance for his death. Tekashi took things a step further by sharing another clip of late rap rival King Von rapping “my n*ggas gonna slide everyday” before his 2020 death. Tek even referenced the recent fatal shooting of rap enemy Lil Durk‘s brother DThang.