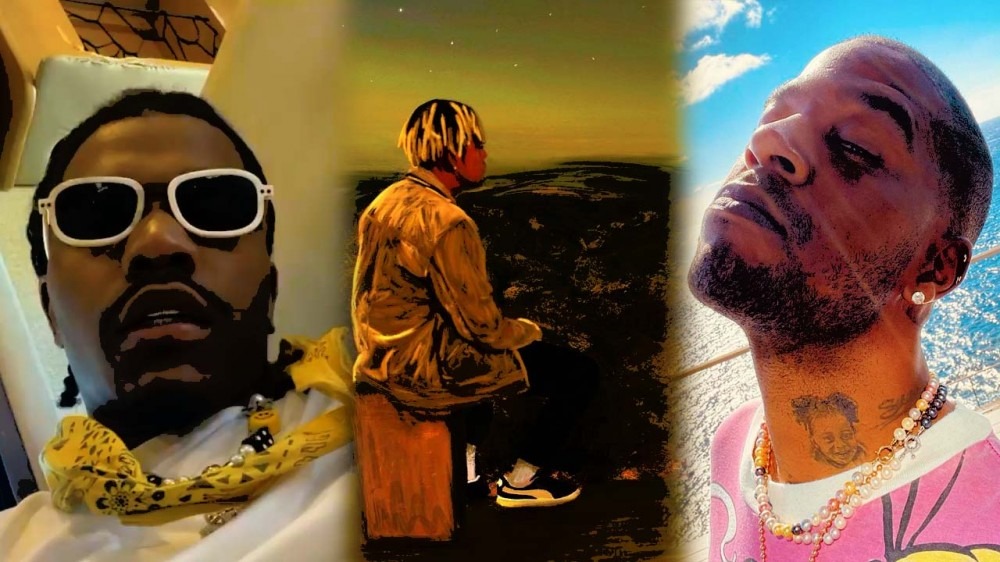 It’s a brand new year. That means brand new releases and projects from your favorite rappers. Here are the 12 we’re anticipating.

Unfortunately in today’s day and age trying to predict new releases is almost pointless. Many artists like to do surprise album releases or they set deadlines to release and end up missing them all together..cough cough* Rihanna.  Nevertheless, we’ve compiled a list of some hip-hop heavyweights that will be sure to rock the industry and the charts once their albums drop.

The hip-hop legend, who recently announced his forthcoming album will be his last, has filed for the copyright of 32 songs with The American Society of Composers, Authors, and Publishers.  A possible 32 song project would be a massive blessing to fans as his final opus, though it will be bittersweet.

After wearing a dress on SNL and finally coming to a place of personal love and acceptance, Kid Cudi has revealed plans to drop two separate albums this year, saying he has some “tasty surprises.” While performing as part of the California leg of the Rolling Loud festival for 2021, the rapper delivered a yet-to-be-released song titled ‘Freshie’.  In the meantime, be sure to catch Cudi’s hilarious depiction of a love-lost rap star in Netflix’s “Don’t Look Up.”

Travis Scott is looking forward and moving past the Astroworld tragedy with Utopia – the upcoming fourth studio album through his Cactus Jack Records/Epic Records label. The album will follow Scott’s third studio album Astroworld and his compilation album JackBoys. Fans speculate it will be released sometime in 2022 after Travis deleted it – and then added it back–  to his Instagram bio.

Earl Sweatshirt shared how much he has changed since the death of George Floyd and we’re hoping to see some of that reflected in his new album dropping in a hot minute. Sick! follows 2019’s Feet of Clay EP and will debut on January 14th. The rapper was originally working on an LP called The People Could Fly but scrapped the project when the pandemic hit.

Smino is back and has announced his new album will be titled Love For Rent. Speaking with Teddy Ray, Smino detailed the inspiration behind the album. “This album…it’s called Love For Rent. It’s based on different types of love. The album is set to release sometime this year.

Roddy’s highly anticipated new album Live Life Fast was not met with the same praise as his last full-length endeavor, Please Excuse Me For Being Antisocial. Now the L.A. rapper is promising fans another project to prove he’s still an elite artist and is on pace to release Feed The Streets 3 sometime this year.

Jack Harlow has been off the sauce and taking on police brutality, so his next album – coming late summer or early spring of this year – should be solid. He told Billboard: “I think the game needs some urgency, with everything being kind of a vibe right now, you’ll be able to hear in my voice that I’m realizing what I am and what I could be and what I need to work hard to be”

Cordae From A Birds Eye View

Cordae’s From A Bird’s Eye View will be released on January 14 via Atlantic Records and features the singles “Super” plus Lil Wayne collaboration “Sinister.”  Bird’s Eye will be released on his label, HiLevel, which Cordae owns 100%.   A press release states the new album was inspired by “a life-changing trip to Africa, enduring the loss of a friend gone too soon, and evolving as an artist and a man.

NLE Choppa “Me V Me’

NLE Choppa’s views on the vaccine and crime may be controversial, and we should count on some of that sauce on Me vs. Me –  Memphis rapper’s second studio album. The album has five previously released singles and is expected to drop on January 21th, 2022. The album features Polo G and is also expected to have features from Lil Durk and Moneybagg Yo.

Doja Cat recently announced she wants to drop a double album next year one side hip hop and one being pop.  She’ll have plenty of time to work on it while she’s in quarantine for Covid for the second time.  .She called out 9th Wonder and Jay Versace on Instagram as her dream collaborators for the 12 tracks she has planned.

Chris Brown is ready to come out of his hiatus. The r&b superstar took to Twitter to announce he’s been working on a new album along with NFT’s, art and visuals.

Nas is putting in work.  He used his latest album “Magic” to announce that he is releasing a follow-up to King’s Disease 2 – King’s Disease 3 next year. On the song “Ugly” Nas raps “I’m on offense every day until I see the love, KD3 on the way, this just to feed the buzz.