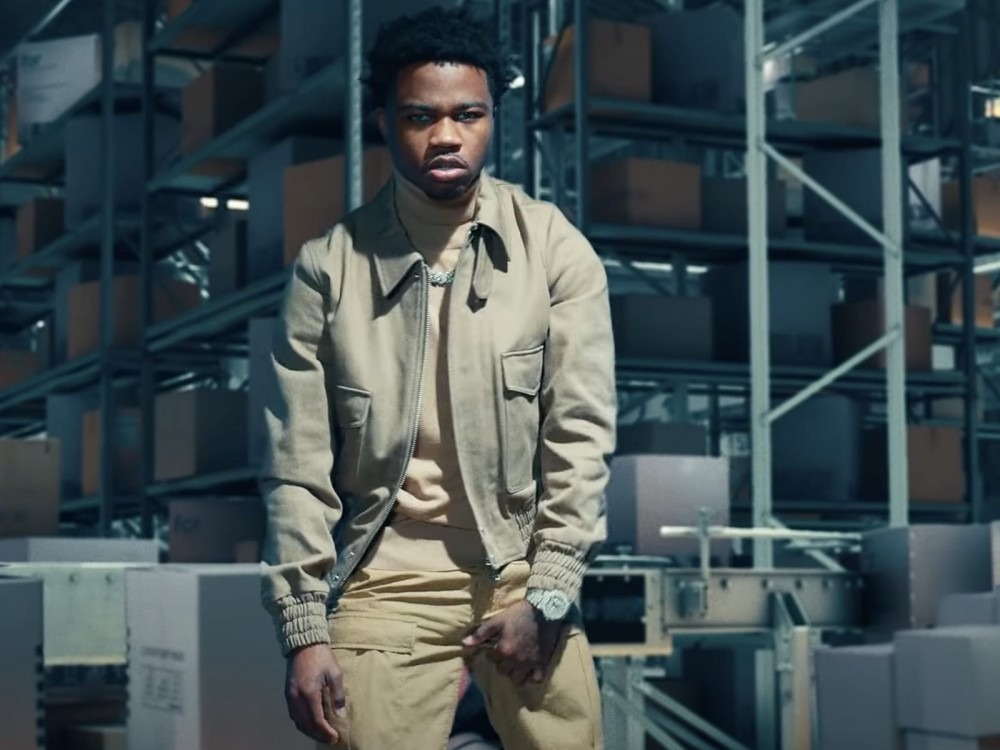 West Coast rapper Roddy Ricch might be juggling more than just music-making goals in the near future. The hip-hop star has come forward to reveal Kanye West has encouraged him to taking dating to an upgraded, permanent level by pursuing a wife.

Roddy hit up his social media pages to keep things a buck about Mr. West. Referring to Yeezy as his potential revamped permanent name of Ye, Ricch said finding a queen comes as a key priority.

It’s worth noting Kanye and his wife of nearly 10 years – Kim Kardashian – called it quits on marriage earlier in the year. However, the duo have multiple children together and have publicly supported each other at the recent Donda listening event.

This week, a screenshot has turned viral showing a personal text message exchange between Ye and Roddy.

A few days ago, Roddy went to his Instagram page with his only active post. The content featured a slideshow of pics showing himself with a masked man – who he ultimately tagged as Kanye West.

The IG post was caption-less but left little to the imagination.

On a different note, Kim doesn’t seem too worried about her ex-husband Kanye West changing his name – even getting rid of his signature last name. Instead, she’s going to continue donning the ‘West’ along with their children.

Sources close to the former couple tell TMZ … Kim will not eliminate West from her name. TMZ broke the story, Kanye’s applied for a name change and he’ll 86 Kanye West for Ye … simply Ye. We’re told Kim feels it’s important for her to keep the same last name as her 4 children … and there are no plans to change North, Psalm, Chicago and Saint‘s last names, either. (TMZ)

A few days ago, buzz developed about Mr. West going the serious route for having a fresh name – both legally and for his rap alias. If this goes through, Kanye would also drop his signature ‘West’ last name.

KW just filed legal docs in L.A. … asking a court to give him a new moniker in the books — going from Kanye Omari West to simply, “Ye.” Yes, the nickname he’s gone by for years and years now … dude wants that to be what Uncle Sam knows him by going forward. Unclear what might go into the review process for this … but it seems pretty clear. If a judge signs off, then Kanye as you know him is a goner. It’ll be all Ye … all day.  Fact is, in California, unless there’s evidence a name change is designed to commit fraud or other shenanigans … the judge will approve it.  So, this will get a sign off by the judge. (TMZ)

Kardashian came “this” close to blowing up in the music industry. The hip-hop ex-wife to rap heavyweight Kanye West recently delivered some epic footage on a Throwback Thursday showing her sisters’ “Star Search” audition.

Kim K hit up her Instagram page with the must-see content. Along with being featured in the footage herself, the audition also shows a super young Kourtney and Khloé Kardashian.

“Our Star Search audition! Clearly we didn’t get 4 stars…but Kris Jenner did for our outfits!!!! ⭐️”

The must-see clip ignited over a million likes and major reactions from her family – notably Khloé.