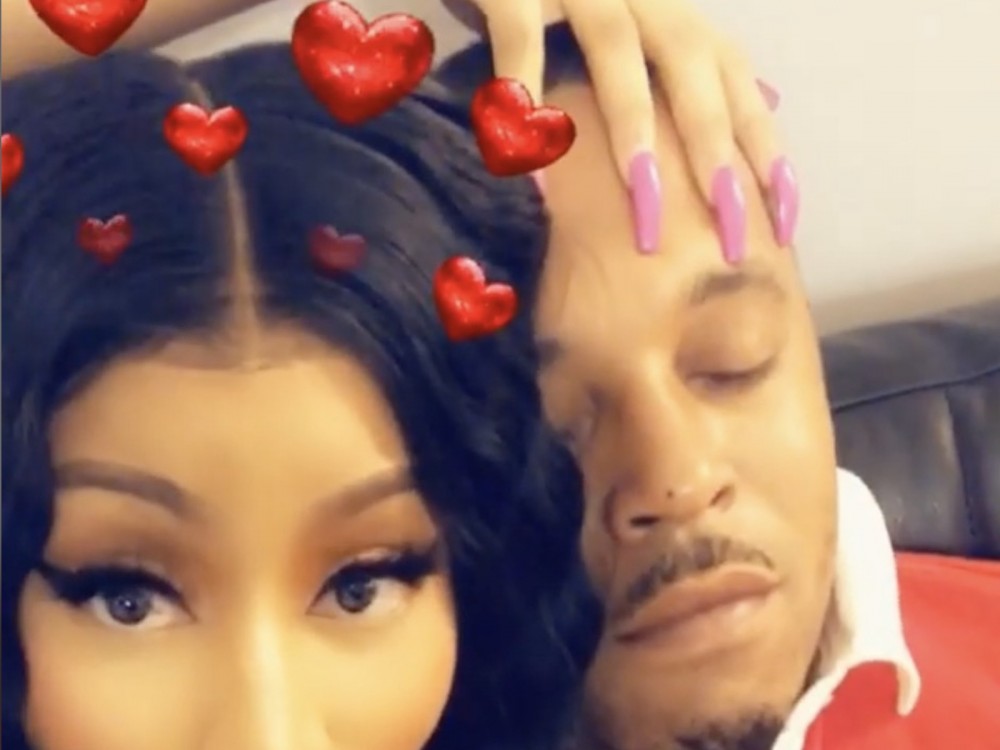 Young Money rapper Nicki Minaj‘s husband Kenneth Petty is doing what’s necessary to get off the New York Sex Offender Registry list and has taken legal action. The hip-hop superstar’s ride or die has sued the state and its Criminal Justice Services devision to get his name removed from the registry.

According to reports, Petty’s lawsuit is fueled by the fact he never received notice of an October 2004 hearing about it while incarcerated. If he would have attended the hearing, Kenneth could have challenged the risk level assigned to him.

Petty claims the notice of the hearing was sent to an address where he didn’t live — because he was in prison at the time — and alleges the “Kenny Petty” signature on the bottom is a forgery. Petty claims whoever did it also answered that he would not be attending the hearing. So, according to the new suit, Petty claims he never got his constitutional right to due process to challenge the risk level assigned to him. (TMZ)

The reports come days after Nicki and Kenny made headlines for the wrong reasons. The hip-hop pair were reportedly sued by a woman Onika’s husband allegedly attempted to rape in the mid-90’s.

According to reports, both Nicki and Kenneth were accused of harassing the victim to recant her story of what really happened in 1994. The 43-year-old claims she was attacked by Petty as a teenage Queens resident which is the reason he was arrested on suspicion of rape, pleaded guilty of attempted rape and served nearly 5 years in prison as a result.

The victim has filed a lawsuit alleging Minaj and Petty, who have an 11-month-old son, have been harassing and intimidating her to force her to recant her story.Minaj, 38, is accused of contacting the victim’s family and lying to her social media followers about the incident. (The Guardian)

In January 2021, the victim in the rape case went public. In a video posted to social media, the woman tells the married couple to stop harassing her and her family.

The unnamed woman is reported to be the victim from Kenneth Petty’s 1994 rape case. Petty pled guilty to attempted rape and served four years, and is currently a registered sex offender. Petty and Nicki Minaj were married in 2019 and have a newborn son together.

“This message is for Nicki Minaj and Kenneth Petty. Tell your f*cking people to leave my family alone, okay? Don’t call my f*cking family, don’t call my brothers, don’t call anybody. Leave me and my family the f*ck alone.”

Minaj raised eyebrows by recently unfollowing everyone on her Instagram — including her music-industry friends. The IG purge saw Nicki unfollow the likes of Megan Thee Stallion, Doja Cat and Ariana Grande, along with everyone else.

Nicki Minaj has cleaned her following count. She is currently no longer following anyone on via Instagram.