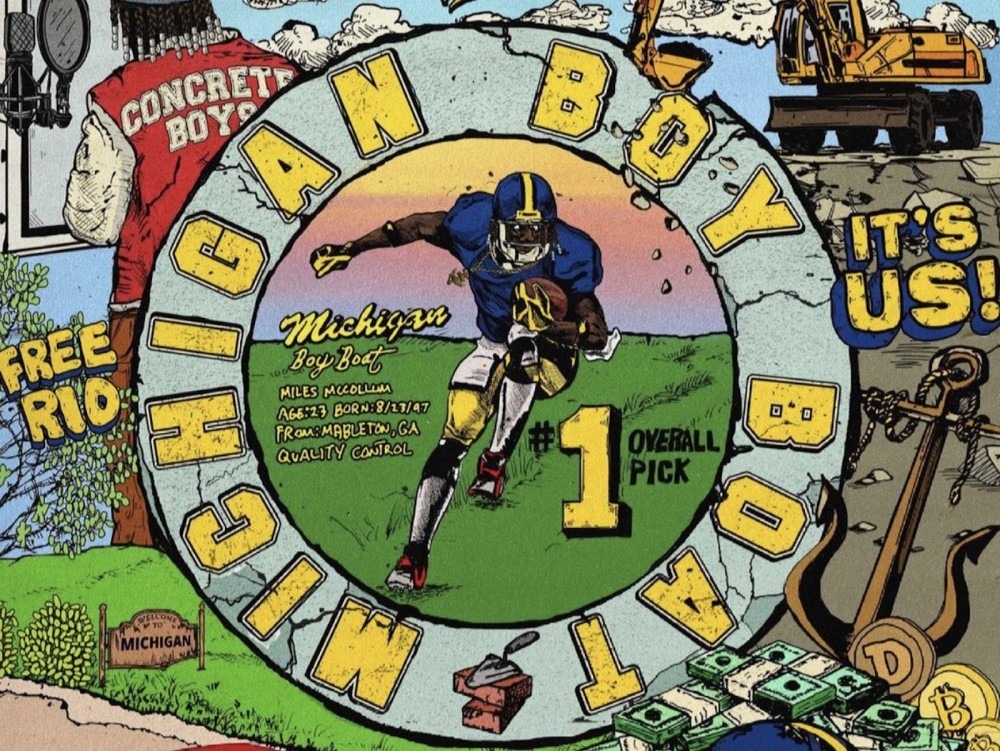 Lil Boat went to his social media pages to break the massive news to the world. The project is expected to come packed with a heavy influence of Michigan rap stars.

Today, Lil Yachty reveals the artwork and April 23 release date for his highly-anticipated mixtape “Michigan Boy Boat.” Featuring rappers from Detroit and Flint, Yachty unveiled a behind-the-scenes trailer filmed in the Great Lake State. Lil Yachty has long been collaborating with Michiganders. Since his 2017 Tee Grizzley collaboration “From the D to the A,” Yachty has been featured on songs with Michigan artists Sada Baby, YN Jay, RNC Mike, and Krispylife Kitdd. And these were only primers.

Yachty shared the project’s artwork on his Instagram page and even went as far as to dish on how much he loves the Great Lake State.

Yachty even gave the world a sneak listen to one of the tracks off his new project.

Lil Yachty Breaks The News On ‘No More Beatboxing’ Freestyle

Recently, Lil Yachty dropped the video for his “No More Beatboxing” freestyle, spitting over Coi Leray‘s “No More Parties” and SpotEmGottem‘s “Beat Box.” During the verses, he rapped Kanye West wanted to add him to the G.O.O.D. Music family when he was a teenager.

The Competition Is None

In an appearance on Gillie Da King and Wallo‘s Million Dollaz Worth of Game podcast, Lil Boat dropped some gems on the current state of the rap game. The young veteran offered a reminder that this is all entertainment and not a competition for who’s the hardest.

“At the end of the day, when it comes to, like, this persona — rappers — it’s entertainment.”