Grammy-winning rapper Lil Nas X has all the reasons in the world to smile from ear to ear. The hip-hop star’s “Montero” visual has secured the precious MTV Video of the Year award at last night’s VMAs ceremony. 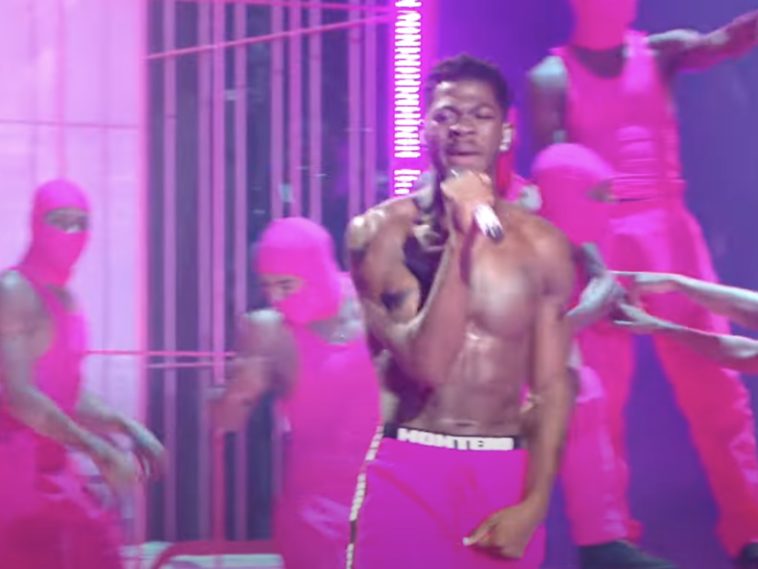 X hit up his Instagram page to acknowledge his huge moment. Despite featuring competition from Cardi B, Doja Cat, The Weeknd, DJ Khaled and Ed Sheeran, X’s recently released “Montero” video blew the competition away.

At last night’s VMAs, X also performed “Montero” and his Jack Harlow-featured “Industry Baby” in front of a packed audience.

LNX has been working hard on new music and clocking in major grind time with serious names. For example, he isn’t just a fan of music icon Elton John – he’s his campaign partner too. The music heavyweights recently teamed up for an Uber Eats’ “Tonight I’ll Be Eating” launch pairing unexpected duos including the eccentric entertainers.

The partnership is way deeper than just plugging meals. Uber Eats has relied on John and X to help push forward the concept of people using its service for things other than a daily meal.

Uber Eats’ latest spots from agency Special Group and directed by Smuggler’s Guy Shelmerdine take the campaign in a new direction. Not only do they promote food delivery, they also pitch Uber Eats’ grocery, alcohol and convenience offerings with the help of the musical superstars. John, a legend whose career spans more than five decades, and Lil Nas X, a modern-day hip hop groundbreaker, find themselves together in John’s absurdly lavish abode enjoying the spoils of their fame as they ponder on what to have for dinner, among other things. (AdAge)

Heading into last Friday, Lil Nas went to Instagram with a slew of pics channeling his inner Elton John. The pics featured him donning outfits reminiscent of EJ’s signature 70’s feathered looks he would wear at shows.

The Southern rapper is truly a wild troll. The hip-hop star recently let loose some hilarious pics of himself looking like he’s really expecting with a pregnant tummy, with the same album jokes.

X hit up his Instagram page to show off the wild pics. Lil Nas playfully used the snapshots to hype up his upcoming debut EP.