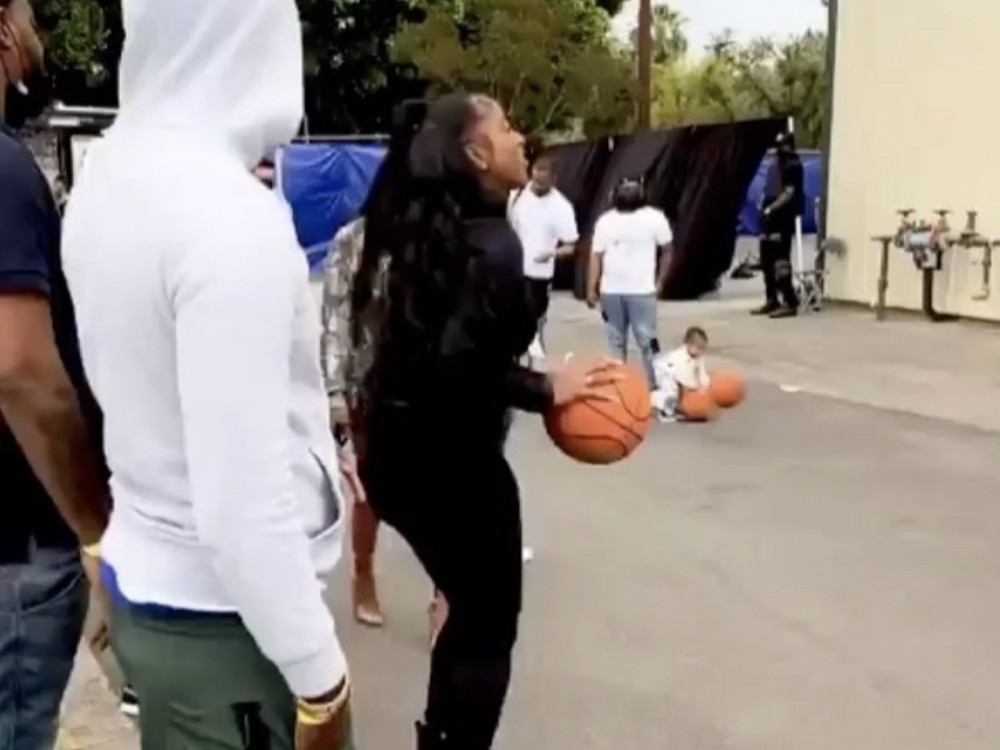 Detroit rapper Kash Doll is back to popping off on Kevin Durant. The hip-hop star has fired off a playful shot at the Brooklyn Nets leader by showing off her own basketball skills. Doll hit up her Instagram page to flex some serious muscle. Kash revealed footage of herself flawlessly shooting a basketball and playfully checking Durant. She appears to be showing off her follow-through skills alongside hip-hop star Jack Harlow.

“I’m the real KD @easymoneysniper period! (My bad joe i was hyped up)”

The trash-talking has some serious roots. It all started in February 2021 when Kash Doll tweeted referring to herself as “KD” and Kevin Durant called her out on using initials he felt were rightfully meant for him. Kash Doll was quick to respond and essentially put Kevin in his place by claiming she was the real KD. Their followers witnessed the tense exchange online and while some easily took one side, others couldn’t believe it was even a debate at all or felt conflicted siding with Kash or Kevin.

Outside of the hilarious digital clash, a screenshot recently circulated online showing Kash Doll reacting to a shirtless pic of Bad Boy Records’ French Montana. The comment even caught the New York rapper’s attention and sparked a flirty exchange.

Recently, Kash Doll went to her Twitter page to speak up for Montana. She responded to a New Year’s Eve post suggesting people leave French in 2020 with rap artists including trolls Tekashi 6ix9ine, Lil Xan and Trippie Redd.

“Nah French gave us too many classics to b on this list! It’s the audacity for me! 20years dnt forget” -Kash Doll