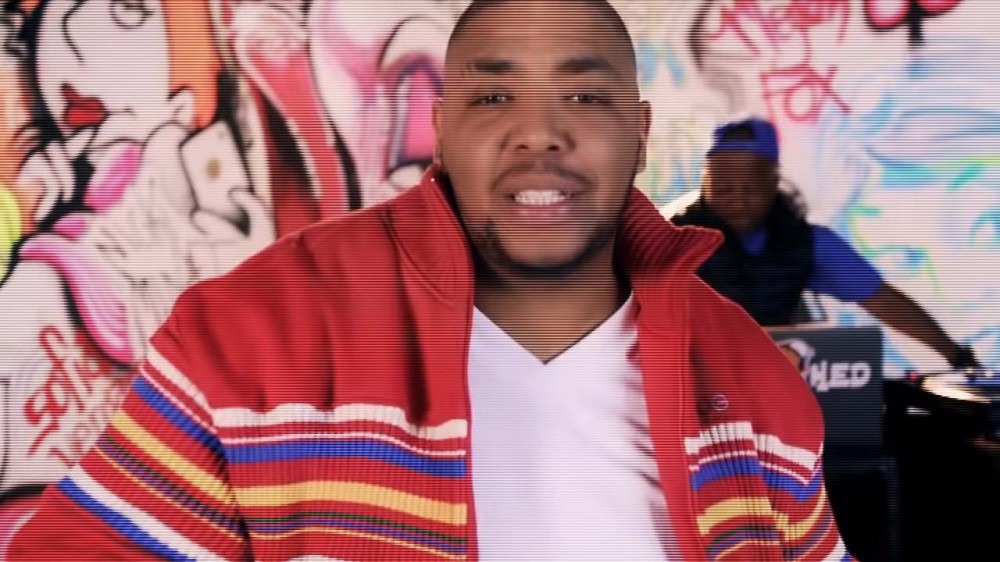 LA rapper Glasses Malone has some thoughts on Kanye West’s relationships. He gave his take in a new song, Kanye Should’ve Never Married (That B*tch), that has everyone’s ears perking up.

The Cash Money rapper chimed in on the Kanye & Kim drama that has been all over the media.

“It’s time to confront the toxic femininity sweeping through Hip-Hop,” says the 42-year-old rapper. “Women have been poisoned by false idols who themselves have been stricken by tons of insecurities. Enough is enough. Someone has to stand up against it! Why not us? We had to do it, cuh. It had to be the Loc.”

Though they do not mention Kim Kardashian by name, the cover art is an image of her likeness appearing to eat an eggplant. An eggplant symbolizes the penis.

It’s ironic that the rapper is trying to call out the toxic behaviors expressed by women by objectifying one.

Glasses Malone Warns Yelawolf: “F*ck Around & Get Your Pass Revoked!”

Glasses Malone has also responded to Shady Records rapper Yelawolf over his loyalty to the Confederate flag.

Glasses Malone opened up about getting inspired by fellow CMYMB labelmate Drake and how he wishes he had Drizzy’s singing abilities.