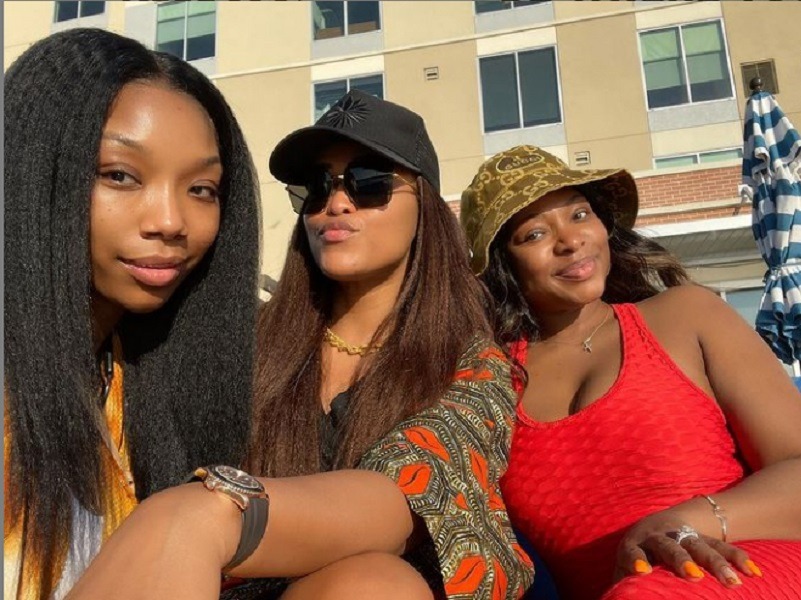 Rapper/actress Eve is taking her talents to primetime network TV, where she’ll be starring alongside R&B legend Brandy and “Power” alum Naturi Naughton. ABC has ordered the new drama series “Queens” for its lineup next season. Eve, Brandy, Naturi Naughton and actress Nadine Velazquez are the headliners on “Queens,” the new series debuting on ABC next season. The show is about a female rap group that originally formed in the 1990s and is trying to get back together now in their 40s.

No, the award-winning TV show “Atlanta” did not get cancelled. It just took a three-year break between Season 2 and the upcoming Season 3. The long wait for new episodes is almost over, though.

“You know, we haven’t shot together in almost three years, so all of us have gone and branched off and done our own things, but we’ve always stayed in touch. Like nonstop, we check in on one another. But to finally be back together, and to be back in the shoes of these characters, is just completely— it’s like a weird ‘Twilight Zone’ episode, because you’re like, ‘Do I still remember what Alfred went through?’ You’re just finding it out together.”

Actor/rapper Donald Glover is giving “Atlanta” fans all the excitement necessary to count down the days before Season 3 premieres. The hip-hop entertainer delivered a massive update earlier in April on the must-watch show’s production.

Childish Gambino Hypes Up The Show

In November 2020, Glover made a rare Twitter appearance to speak on a flurry of random topics including who he was listening to and his last studio effort. But the biggest surprise came from Donald dishing on the highly-anticipated “Atlanta” return.

“while im here: ‘atlanta’ s3+s4 are going to be some of the best television ever made. sopranos only ones who can touch us.” -Donald Glover’s Twitter