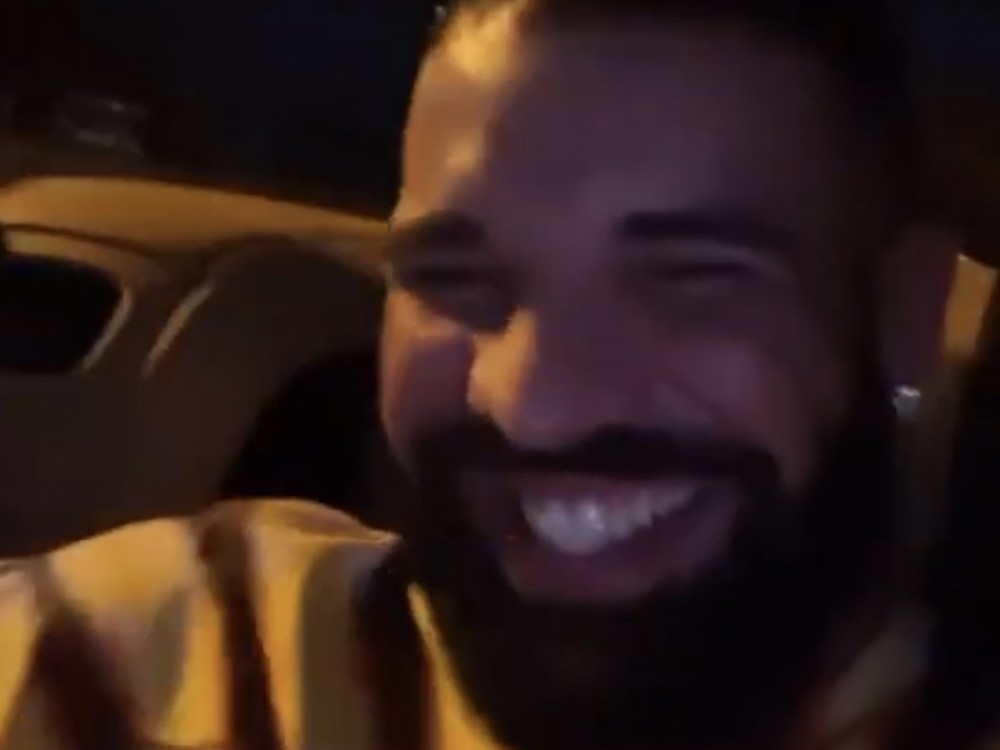 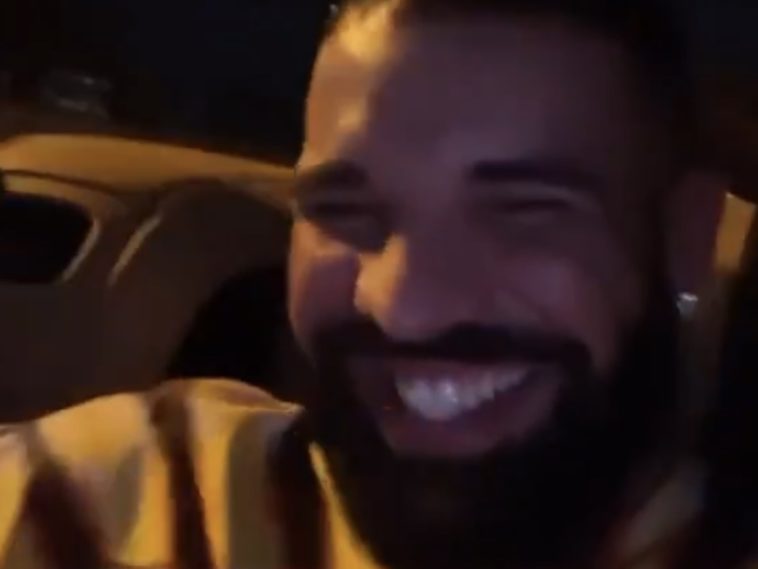 Drake All Smiles At Kanye West

The 6 God went to his Instagram page to share footage of himself cruising around his hometown Toronto, Canada. While he didn’t name-drop Ye, Drizzy’s smirk and laugh appears directly aimed at his G.O.O.D Music rival.

Over the past few hours, social media has ignited with reactions to Ye’s post and delete tactic

This past weekend, Kanye appeared ready to go to war with Drake. The hip-hop superstar responded to direct shots fired his way from the 6 God’s new “Betrayal” song with Trippie Redd.

The drama seemed to stem from Drake’s direct bars aimed at Kanye on “Betrayal” where he raps, “All these fools I’m beefin’ that I barely know – Forty-five, 44 (Burned out), let it go,” proceeded by the lines “Ye ain’t changin’ sh*t for me, it’s set in stone.”

It’s worth noting both Kanye and Pusha are both 44 and appear to be the exact age reference Drake makes on Trippie’s song.

Twitter’s Ready For Kanye Vs. Drake

It didn’t take long before social media ignited with reactions over Kanye’s Instagram fingers putting in weekend work. Twitter users specifically wondered if the world is gearing up for a major Ye/Drizzy clashing.

Yeezy might want to focus on bigger things than Drake. Specifically? Diehard fans are eagerly awaiting the release of his highly-anticipated Donda studio album. Barring any last-minute changes, there is a third listening event slated to go down in the coming days.

Yeezy himself will grace the stage at Soldier Field on August 26, less than a week from now. Tickets went on sale this past Friday.