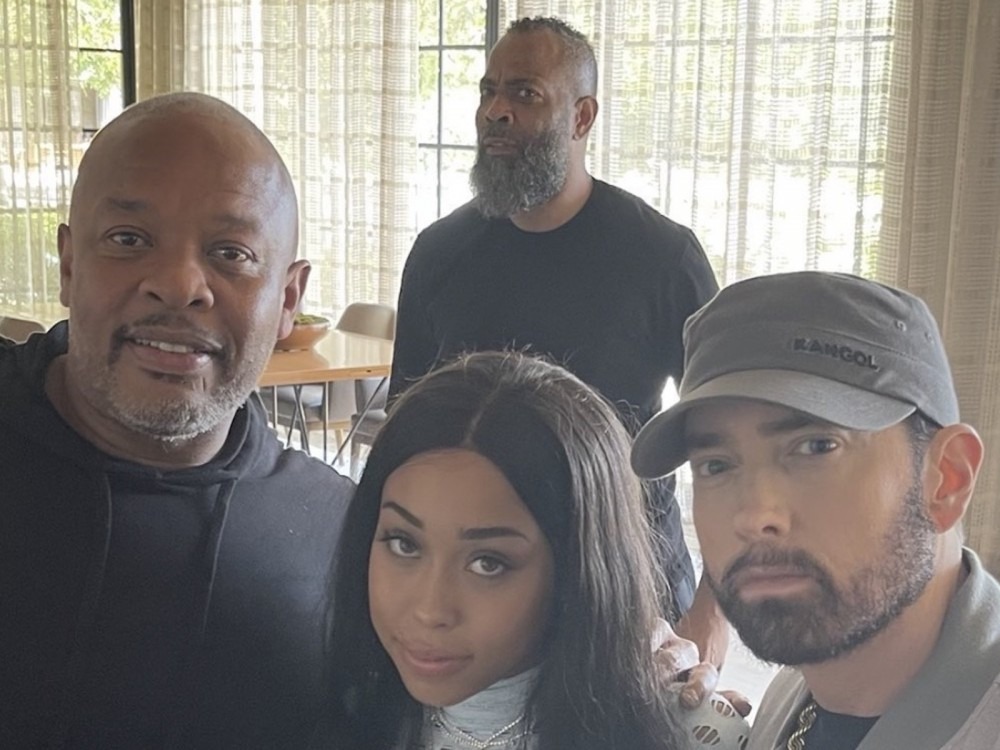 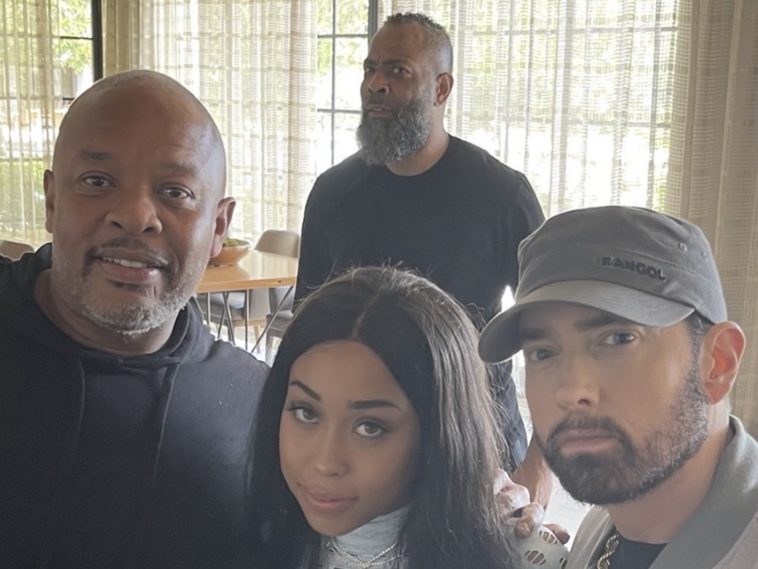 The D.O.C. went to his Instagram page with the mind-blowing shot. Despite having a couple of music legends in the pic, it’s the Texas-bred hip-hop artist’s 17-year-old mini-me who shines the brightest.

“What in the Aftermathmatics is going on ova here?”

The post ignited a massive ton of co-signs and positive feedback.

Dr. Dre recently took a big L in his divorce case with estranged wife Nicole Young. In April 2021, the super-producer and music mogul was ordered to pay $500,000 to Young’s lawyers.