Since February, WNBA player Brittney Griner has been detained in Russia, and many supporters in the United States want her back home. With tons of calls and requests from officials to public figures, one surprising celebrity that has offered to help her is Dennis Rodman. 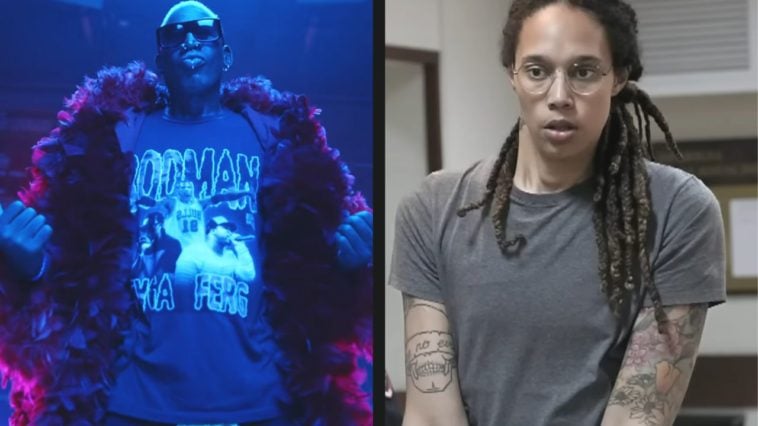 387 Views
Comments Off on Dennis Rodman Heading To Russia To Help Brittney Griner; Says He’s ‘Trying To Go Next Week’

Former NBA star Dennis Rodman is set to fly out to Russia to seek the release of Brittney Griner.

Rodman is very fond of the country’s authoritarian leader, Vladimir Putin, and claims he has been given special permission to visit Russia to help free Griner.

“I got permission to go to Russia to help that girl. I’m trying to go next week,” Rodman told NBC News.

Rodman’s visit has not been approved by the White House, but he claims his upcoming trip isn’t necessarily a diplomatic mission.

As a U.S. citizen, Rodman has no restrictions to travel to Russia, although the State Department urges Americans not to travel to communist countries to avoid conflict.

Just like Putin, Rodman also has befriended North Korean dictator Kim Jong Un and was even included in the meeting between Kim Jong Un and former President Donald Trump in 2018.

Rodman Looks To Bring Her Home

Rodman also told NBC News back in 2014, after first meeting Putin that he was “cool.”

The former NBA rebounding champion is not worried about the relations between America and Russia, with the war going on in Ukraine.

Griner, a WNBA player for the Phoenix Mercury, was found guilty of marijuana oil possession in a Russian court and was sentenced to nine years in a Russian prison.