Dallas-based rapper Trapboy Freddy was arrested on the count of possession of a firearm by a convicted felon. During the arrest, a tiger cub was also seized. 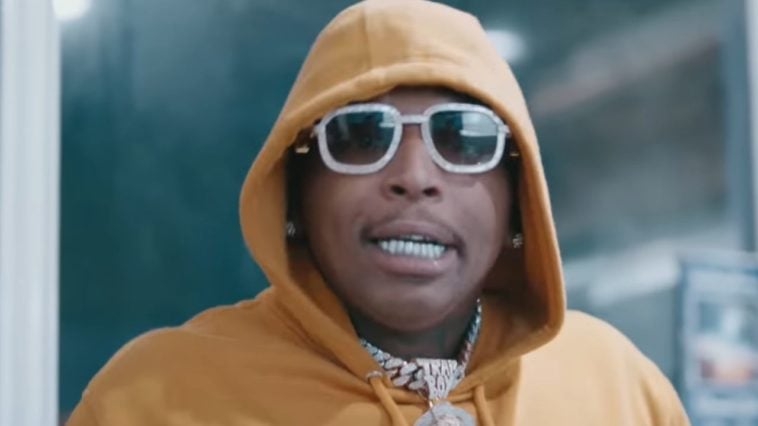 CNN reported on Saturday that Trapboy Freddy, a Dallas-based rapper, was arrested on a federal gun possession warrant Wednesday, August 17, at his home.

During the arrest, police stated a tiger cub was seized.

Chayna Humphrey, a spokesperson with the Bureau of Alcohol, Tobacco, Firearms, and Explosives, noted that the rapper was arrested on one count of possession of a firearm by a convicted felon. Dallas Police had said the cub was found as they aided the US Marshal’s Service in serving the warrant.

Cpl. Melinda Gutierrez, a police spokeswoman, said, “The tiger cub was in a cage at the location.”

Dallas Animal Services took the animal and did not reveal what it would do with the cub.

Dallas Police had not responded when asked if the rapper could face charges for having the tiger cub, as the city code bars residents from keeping any animal in a residence that the state classifies as a “dangerous wild animal,”  with tigers being in that category.

Trapboy Freddy’s official account posted an Instagram story on June 1 that showed him in two photos with a tiger cub on a leash.

However, it is unclear if the tiger in the images is the same one he seized at home.

Trapboy Freddy’s indictment had stated that he had a Taurus TCP .380 caliber firearm in March while he was a convicted felon.

The grand jury indictment did not specify his previous felony conviction.

The Dallas rapper had given a not guilty plea in federal court Friday and was released on the basis he would show up to court when asked, as stated by federal court documents.

Documents also showed that his release was based on the agreement Trapboy would not possess any firearms and have “no wild or dangerous animals in residence.”

Trapboy Freddy’s attorney, Charlie Humphreys, did not respond to CNN’s request for comment.

A$AP Rocky has been charged for allegedly shooting one of his former business partners in his ASAP Mob crew and assaulting his ex-girlfriend.

According to reports, A$AP Rocky was charged with assault on his ex-girlfriend and a weapon in relation to a shooting of a former business partner and friend, A$AP Relli, in the Hollywood area.

The incident transpired after an argument last year, which led to an Asaimageser being shot.

The victim only suffered non-life-threatening injuries.