California Governor Gavin Newsom will be signing a bill into law restricting the usage of rap lyrics as evidence by prosecutors. The law will also protect the creative expression of rappers. 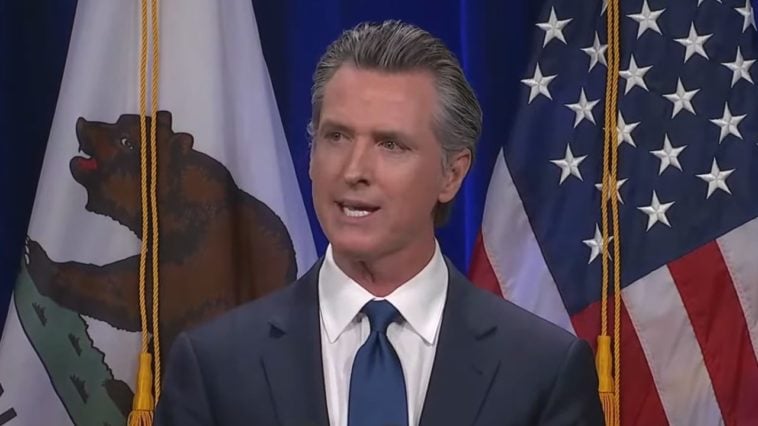 California Governor Gavin Newsom will be signing a law bill that plans to restrict the usage of rap lyrics as evidence by prosecutors in criminal court cases after the bill gained unanimous approval in both the Senate and Assembly.

When made official, the law requires judges to inquire prosecutors as to why they plan on including lyrics as evidence and decide if the inclusion incites “racial bias into the proceedings.”

While there are similarities between this bill and the New York bill, the NY bill never made it past Assembly.

Despite this, efforts are being made on a federal level to remove rap lyrics from prosecutors.

The Restoring Artistic Protection Act, aka the RAP Act, was introduced to the House of Representatives to prevent creative expression from being weaponized against artists in a court of law.

“Under current law, rap artists can feel as though they are being read their Miranda Rights before they even begin to write music.

You have the right to remain silent. Anything you say can and will be used against you in a court of law.”

“We should not stymie the creative expression of artists. Unfortunately, racial biases play a role when talking about musical genres. Rap music lyrics share many similarities to that of other musical categories yet are singled out by the judicial system to characterize an artist. AB 2799 would disallow prosecutors from triggering racial biases or reinforcing racial stereotypes and it gives judges guidance on the use of creative expression in court.”

Kevin Liles has launched a petition on Change.org rallying against using rap lyrics as criminal confessions.

For example, rap lyrics are currently being used against Young Thug, Gunna, and other YSL members in a high-profile RICO case.