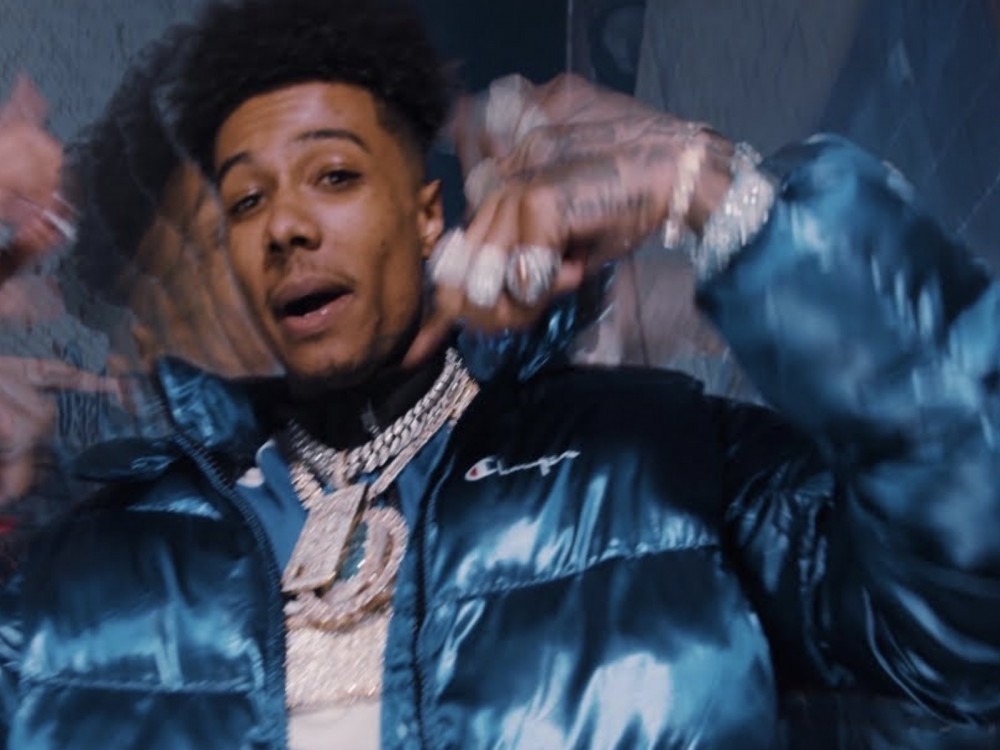 West Coast hip-hop artist Blueface still wants a piece of Tekashi 6ix9ine. In a new interview, the California native revealed he’s hoping for a chance to punch the controversial rapper in the face after his celebrity boxing debut victory over TikTok star Kane Trujillo. 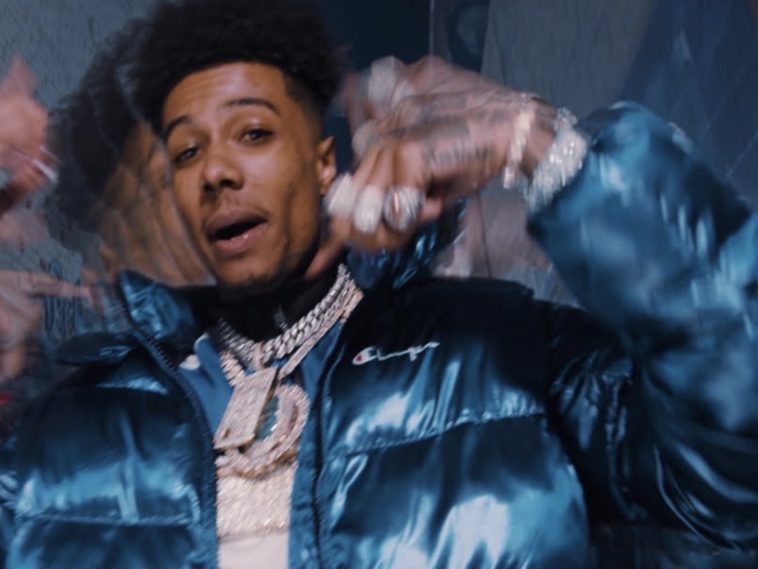 Bleed ‘Em made it clear and obvious he wants to step in the ring with 6ix9ine. The California native says it’s nothing too personal, but rather he just doesn’t like Tekashi.

“I would love to whoop 6ix9ine’s a*s, for sure. Fu*k the height difference, we weigh about the same. So let’s set it up, if not him, then someone else in my weight class. I don’t see why [he wouldn’t agree to a fight], you know? He’s not doing much more than I am at this moment. It’s not like it’s more beneficial for me than him, and it’s not like it’s more beneficial for him than me. I don’t really care for the guy, honestly. It’s not like I have some sort of personal vendetta.”

He also added in that this stems from when he received the name of his jeweler tatted on his head and 6ix9ine chimed in, roasting him. Blueface says this is the consequences for his comments – a real boxing match.

“I was minding my business and getting my little head tat and whatnot, he decided to comment and reflect on it. So this is the repercussion.”

The New York rapper and rap rival Blueface’s manager Wack 100 have a lot to get off their chests. The hip-hop pair have faced off with one another following a publicized spat between the Big Apple troll and Wack’s client.

Rap personality Akademiks went online to break the major news to the world. Ak shared a snapshot of himself in-between 6ix9ine and 100 talking face-to-face and in-person. While there’s no confirmed drop date, Ak announced this is from the premiere of his upcoming podcast series.

6ix9ine’s manager Murda Murphy went into the comments section to co-sign the face-off.

“Wow Is all I can Say After Waching It Ak U Got That Nunber 1 Spot On Target!!”

6ix9ine and the West Coast rapper have not backed down from each other. Earlier this month, the hip-hop pair continued to take their overnight feud with one another up a few notches with more trolling.

Tekashi 6ix9ine Has A New BFF

In related 6ix9ine news, Tek has a new bestie. An unexpected friend recently went online with a wild shot alongside the controversial rapper and could be some foreshadowing into a career in mixed martial arts.

MMA fighter Sugar Sean O’Malley posted a wild Instagram photo with Tekashi. O’Malley has his hands ready to throw down while 6ix9ine is going peace mode.