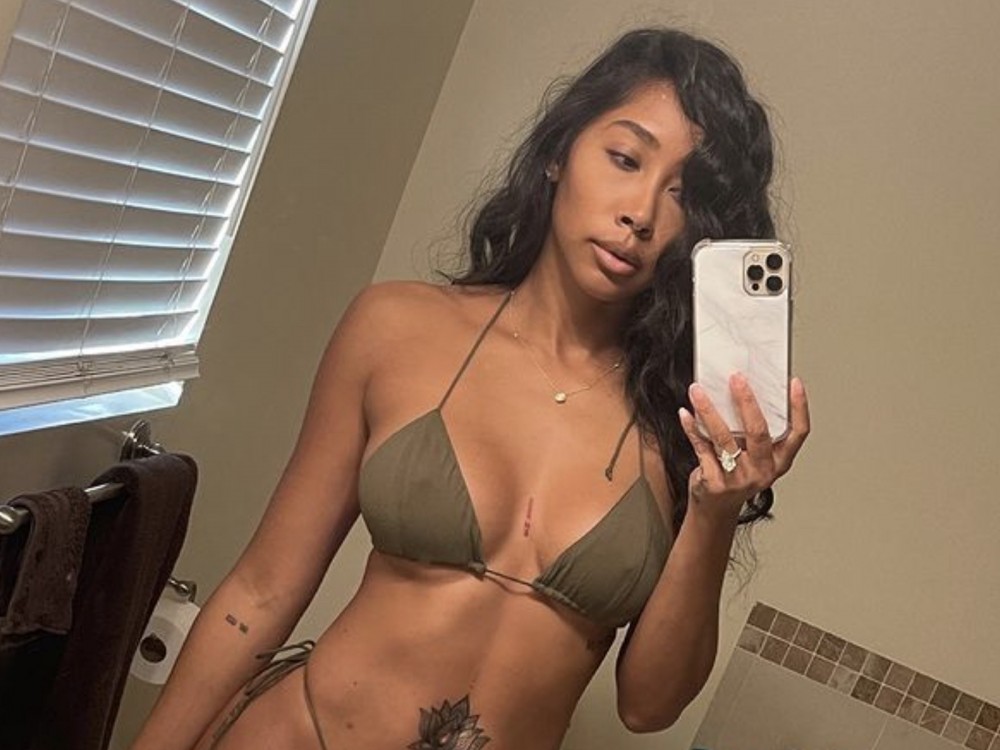 Vixen Apryl Jones has the entire Internet watching her moves. The hip-hop model has teased the world about possibly having a connection to music mogul Dr. Dre months after initial dating reports sizzled online. 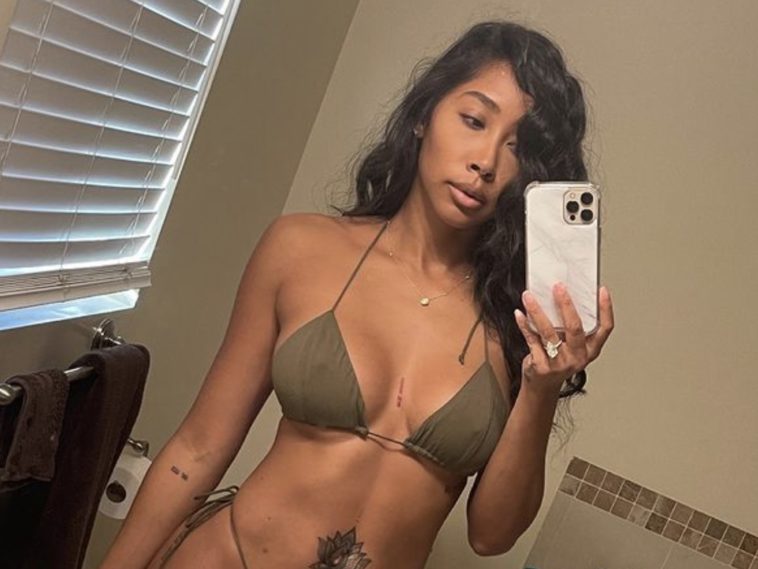 Jones is really to blame for the craziness courtesy of new pics she tossed onto her Instagram page. She went the extra mile by suggesting a mystery man encouraged her to post them online.

Almost immediately, the post sparked over 140,000 likes including a salute from fellow model Reginae Carter. A massive amount of commenters suggested Jones posed outside of Dre’s massive mansion.

In February 2021, Apryl Jones made headlines thanks to her rumored romance with the rap legend Dr. Dre. In an interview, the 34-year-old talked about why she joined the “Love & Hip-Hop” reality TV franchise at a time when ex-boyfriend Omarion needed her on his arm.

“That whole situation with me and O on “Love & Hip-Hop” was completely controlled. I never even wanted to do freakin’ reality TV. His management thought it would be good for him to show who he was and his life because there were gay rumors. So to show he was in a relationship with a woman and having kids and all that, they thought it would be great. If you love somebody you’re going to do it, but it just felt very controlled. I wasn’t really myself.”

In May 2021, AJ went to her Instagram page and didn’t hold back – at all. Miss Jones initially talked about the pains and issues of life she experienced.

“I didn’t always feel this at peace in my life. I didn’t always feel this comfortable in my skin. I worked hard to get back to this place once I had my children. There were many days I felt alone and lost because I would look in the mirror and remember what my body used to look like before I became a vessel for my babies. I remember being disgusted at how soft and mushy everything felt on my body because I lost complete muscle mass. But looking back now I’m like, “what the f*ck!” Why was I so hard on myself. I had just carried, not one baby but two back to back.”

Jones then dug deep into what ultimately helped me make a life-changing turn. She credited putting the focus back on herself and embracing self-love to finding peace.

“I decided to dedicate my life to getting back to ME, the one person I forgot about. It was only when I made that choice to stay focused and determined in my fitness journey, that I bounced back. Now, granted it took 2-3 years, but when you want something bad enough and when you work towards a goal you will see the results. Working out also offered an outlet for me mentally. It allowed me to clear my head, especially after having postpartum with my daughter. WOMEN, I AM WITH YOU! We are beautiful, and powerful, and fucking warriors! We don’t give ourselves enough credit! But hell, neither do men LOL. (Just sayin) So guess what, I am here to tell you that you are beautiful in your own right, however it is you are. But if aren’t happy with yourself, don’t wait for someone to SAY the right thing to push you or DO something to motivate you. BABY DO IT YOURSELF!!!! Start small, rather than not start at all! You got this. Find that happy space again, Find you;) Much love. ❤️”

Apryl Jones Self Reflects During COVID

In a recent Instagram post, Apryl Jones shared she had spent her time in quarantine self-reflecting. During the time, she revealed learning a lot about herself.

“Self reflection is key…I especially did a lot of that during Covid. What are some things you discovered about yourself during this time?”

A few months ago, Miss Jones went Instagram with a slew of new shots. The pics gave throwback vibes as she donned a pair of high heels with rollers in her hair.