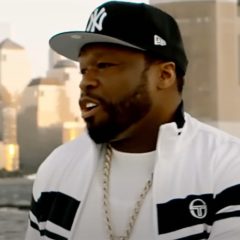 Fifty hit up his Instagram page and showed no concern over any body shaming backlash. Instead, the G-Unit boss shared his insight and prediction on why Diesel decided to drop the top while in Italy.

“😆Vin must a just said fuck it i’m Vin, not Diesel. They gonna still watch the movie. LOL #bransoncognac #lecheminduroi”

Back in June, Grammy-winning rap star Ludacris had more than music to smile about. His and Diesel’s Fast & Furious 9 film crushed box office records as the biggest big screen blockbuster since the COVID-19 pandemic.

F9 had broken a weekend box office record since the beginning of the coronavirus crisis. The movie brought in north of $70 million at over 4,000 theaters across North America, with the second most being $48.3 million from A Quiet Place Part 2.

The same month, “WAP” and “UP” hitmaker Cardi B went to her Twitter page to geek out over the movie gearing up to come out. B tweeted out a huge reminder about actually being in the action-packed car thriller.