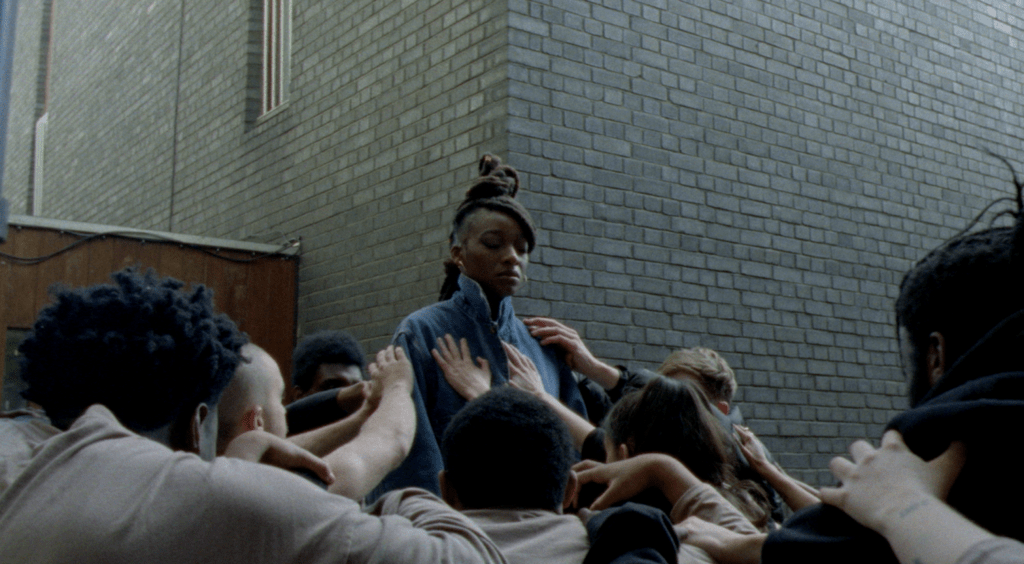 Little Simz returns with the heart-stoppingly prescient ‘Introvert‘ a magnificent clarion call delivered at the crucible of inequality and injustice, the bitter dichotomy of tensions at the heart of society. A visceral essay about lives lived in the cross-hairs of society, fuelled by fear, exhaustion, frustration, but also a kind of white-hot political awakening.

Framed in the grandeur of the strings, brass and military drums the intro has an operatic and cinematic splendour, they’re pierced by Simz’s fearsome and magnetic polemic where she finds the strength to externalise her internal struggle to speak truth to power. (“All we see is broken homes here and poverty/ Corrupt government officials, lies and atrocities/How they talking on what’s threatening the economy/ Knocking down communities to re-up on properties/I’m directly effected, it does more than just bother me.”) The lyrics sketch out the corruption of politicians, gentrification, institutionalised racism that inspired the Black Lives matter movement, religious hypocrisy, gang warfare fuelled by poverty, and the personal impacts it has on Simz and the communities of Britain.

At its heart is Simz holding her head high as a resistance in the eye of the storm, strings and beats vibe and are interspersed with soulful almost garage-like refrains, meditating on the internal and external struggle of being a black British woman in 2021. ‘Introvert’ is a biblical and searing statement, personal, political and bold it strikes to the heart of the broken state of people and the nation and a reassertion of survival through struggle.

It comes with one of the best videos I’ve seen this year, created by Salomon Lightelm its both majestic and terrifying, with a chopped up, from historical settings, news film clips and interpretive dance, this collaged structure mirroring the landscape it maps; a place of beauty and danger, of violence and dogged resistance.

‘Introvert‘ is the first single from Little Simz’s forthcoming new album ‘Sometimes I Might Be Introvert’.