Tracks of the Week #151 – Extended Edition 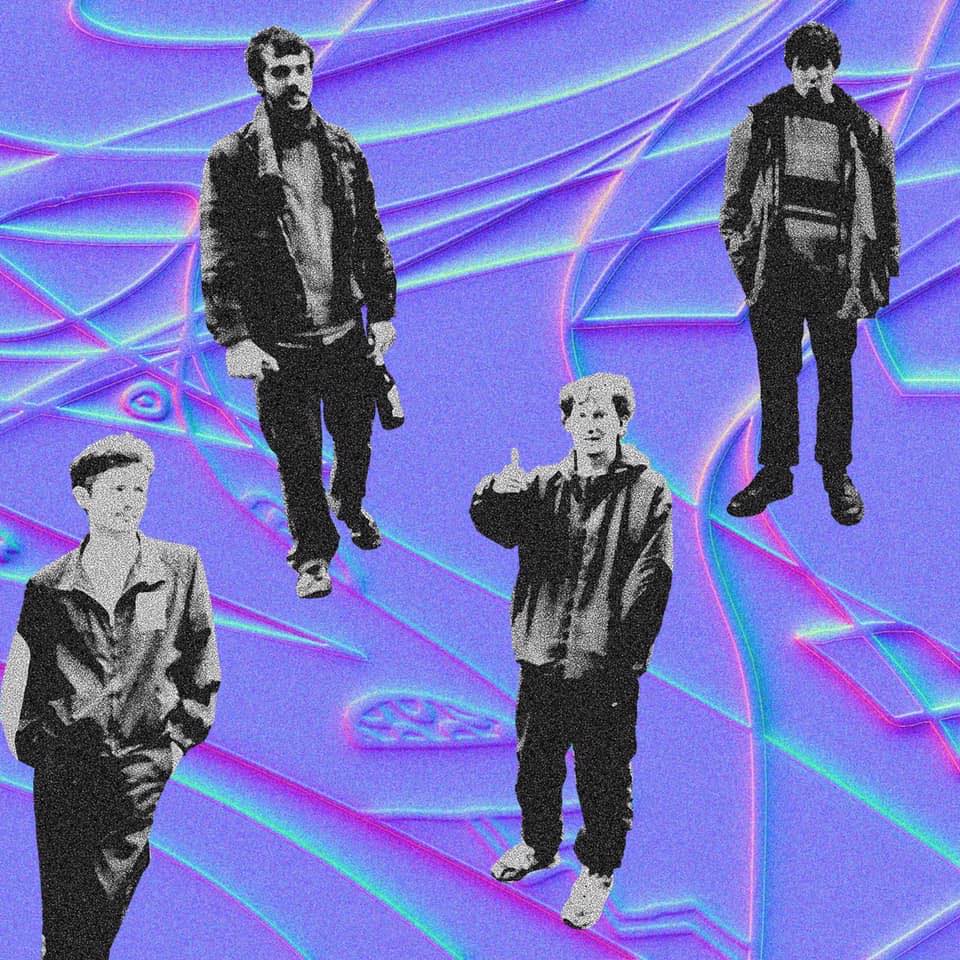 As you may have noticed, a certain new music sub-editor wasn’t able to get TOTW out last week… So, to make up for that, we have a special TOTW extended edition for you, serving up even more great new music. This week, Julia Mason, Simon Godley, Jim Auton and Bill Cummings take us through their top picks of recent weeks. Read on to discover brilliant new tracks from the likes of Mac McCaughan, Cuffed Up, Roxy Girls, Witch Fever, Penelope Isles, Piroshka, The Lazy Eyes, Foxgluvv, Sunken and Asha Jane.

Why we love it: Superchunk and Portastatic founder Mac McCaughan has a new solo album, The Sound of Yourself, coming out in September and ‘Dawn Bends’ is the first single to be taken from it. The single features Superchunk drummer Jon Wurster plus the trio of fellow American indie stalwarts Yo La Tengo on bass, organ, guitar, and vocals. McCaughan describes the song as “a cautionary tale about getting a little too into the isolation.”

Well, if the song’s message is one that carries with it a certain trepidation, the listener should have no such fear about approaching the tune. These are troubling times, for sure, but ‘Dawn Bends’ carries on its ever so sweet and melodic shoulders a gentle reassurance and invites you cordially in with no little hope for a way out of the darkness. (Simon Godley).

Why we love it: LA-based Cuffed Up have just signed to Canadian label Royal Mountain Records, home of Gustaf, Metz and Bad Waitress amongst others. They were born out of a search for “self-acceptance and self-realization” and look to the post-punk scene in the UK as well as 90s indie rock and grunge for their voice.

The 4-piece released their debut double A-side at the end of 2019 and now give us new single ‘Canaries’. The thought-provoking lyrics feel particularly relevant in these challenging times:

“The nature of the beast, you choose to say the least.  The truth is heavier than lies. Don’t you settle down, don’t compromise.”

The band explains that “’Canaries’ is about going down a path that you know is wrong, yet you keep going because some form of shame is driving you. Sometimes, we become numb to the burdens we carry.

Musically this is right up there for lovers of Shame, Idles and Fontaines D.C. It is power-packed with a deep driving bassline, pounding drums and electrifying riffs. It’s unusual to hear both a female and male singer taking turns in one track. However, I have to say I haven’t heard many songs beginning with a canary tweeting!

Cuffed Up will be on tour with The Joy Formidable in the autumn in the US.  Now that is a line-up….. (Julia Mason)

Why we love it: Sunderland post-punk 4-piece Roxy Girls share new single titled ‘Sister Fatima’ and what a blast of fun it is! On first listen there is a ska vibe to the track, with a hint of rocksteady beats. The opening twangy guitar sets the scene. It’s interesting to hear that Roxy Girls do quote XTC as one of their influences and this can be heard in the jerky offbeat elements of ‘Sister Fatima’. Just like XTC, this is fun, danceable, quirky music that sounds so fresh.   ‘Sister Fatima’ is all about a pet hamster but sadly, as frontman Tom Hawick reports, “Our hamster was a nice girl, she died just after we recorded this. Rest In Peace Fatty.”  The song is taken from the band’s forthcoming EP ‘Roxy Girls Are In The Drink’, which is out on the 27th of August via Moshi Moshi Records. The EP was recorded when the band got together after not seeing each other for some time. The songs were written and recorded in the studio and, to be honest, after hearing ‘Sister Fatima’ and previous single ‘Like A Buoy’ I’ll be getting my order for the EP in sharp. (Julia Mason)

Witch Fever – In the Resurrect

Why we love it: Manchester’s Witch Fever formed four years ago after meeting through mutual friends and, in June, they announced they had signed to Sony’s Music For Nations. For fans of the band, the release of their debut EP ’Reincarnate’ (digitally on the 15th of October and physical 12” on the 3rd of December) cannot come soon enough.

Their new single ‘In The Resurrect’ was written and recorded entirely online during lockdown. Like so many others, they were all separated and this has resulted in a slightly more experimental sound. Lyrically, it’s inspired by rejecting what the male’s idea of femininity and sexuality is. Females should not be censoring themselves in order to conform to this view, but rather should be strong and emboldened. The heavy foreboding sound of Witch Fever perfectly incapsulates this sentiment of female empowerment and individuality. The music style is more akin to the heavy rock bands which are dominated by males and, to hear them proclaim their message in this genre, adds even more strength.

Vocalist Amy expands on the impact of lockdown on this track:

“We recorded our parts and Annabelle did a sick job of mixing it together to make the whole song. Had we written it together in the practice room like we usually do, it probably wouldn’t be the same song! It doesn’t have a specific narrative in a traditional sense, but the overarching theme and inspiration of the song comes from rejecting beauty ideals, in particular of Western societal definitions of ‘feminine’ and ‘masculine. For me, it’s about owning my own femininity and being free to express that however it chooses to on any given day. It’s about being totally true to yourself and not allowing outside opinions to bend you at their will or stifle your expression.”

The Reincarnate EP’s vinyl release is available exclusively via independent record shops and online. In a time when the artists are also struggling it is good to see that Witch Fever wanted to support independent venues and record stores. (Julia Mason)

Why we love it: It is now just over two years since the release of Penelope Isles’ impressive debut album Until The Tide Creeps In, but the Brighton-based sibling duo of Lily and Jack Walter are back, though perhaps not quite as we have seen and heard them before. ‘Sailing Still’ is the first track to be lifted from the band’s forthcoming second album – due out later this year via Bella Union – and is captured here in an enthralling video directed by Jack Walter.

Speaking about ‘Sailing Still’, Lily Wolter says: “I wrote the music for this song at my brother’s flat, on a really crappy electric piano, but always envisioned the whole thing as something widescreen, with a big sound to match.” And on the new single she realises her dream as Penelope Isles come up with a huge cinematic sweep of sound, replete with stunning strings and oozing melancholia and yearning. (Simon Godley)

Penelope Isles embark on an extensive tour of the UK in November and December. You can get tickets HERE

Why we love it: To celebrate the release of their second album Love Drips and Gathers last Friday, Piroshka have shared the video for the track ‘Loveable’. Speaking about the song, the band’s vocalist Miki Berenyi says: “I thought it was finally time to write an out and out love song! It was written very simply – led by the vocals and then finding the chords to meander around the melody.”

It all promises much for Piroshka’s Live UK dates in early November, tickets for which can be found HERE

Why we love it: a slice of summer psych that right this minute (it could change any second because, well, this is British Summer Time) fits the baking hot heatwave we’re supposed to be enjoying but maybe just enduring because up until last week it was grey and chilly and now it’s 30C.

The Lazy Eyes are antipodean dreamy psychedelic pop masters, kind of like an Aussie version of Temples, but you can buy into the summer, heat hazey vibes because they’re from a place where it’s summer all the time and not Kettering. Even James Acaster can’t make that place sound like Haight-Ashbury in 1967.

We covered their last single, the brilliant ‘Where Is My Brain‘ quite a bit, earlier this year, and now this is the latest track to come from their second EP, suitably called EP2. Written about a fictional landmass that the band say was “about a place where none of The Lazy Eyes band members have been in real life, and acts as the sequel to ‘The Seaside’ from EP1. It’s an imaginary island that is a sort of utopia but is also filled with mystery“.

The EP is out now and is a perfect accompaniment to a beer and a spliff in the late afternoon sun. (Jim Auton)

After Foxgluvv’s most recent release ‘1:00am’ shining her way into a new era, the self-proclaimed ‘Dyke pop princess’ is back. This time, with bittersweet floor filler ‘Lemon!‘

Switching between infectious Dua Lipa style pop grooves and Self Esteem‘s introspection, ‘Lemon!’ narrates Foxgluvv’s personal self-reflection, and the realisation that they were slowly becoming bitter. Not wanting her mental health to further deteriorate and get in the way of friendships and relationships, Lemon! was written out of pure frustration for who Foxgluvv was becoming in a downward spiral. It sounds fierce! (Bill Cummings)

Sunken – Show Me Your Mind

Why we love it: Sunken are new additions to 7476 Records (Lizzie Reid, Matilda Mann, Matt Maltese) and here’s their tantalisingly pensive single, ’Show Me Your Mind’.

Produced by Ben Hillier (Nadine Shah, Melt Yourself Down, Blur), the post punk funk of the bass lines are paired with precision synths, and a rhythmic groove. Rippling with a sinister atmosphere that matches the unease of the song’s subject which looks at whether a person is who they say they are or just how they present themselves. Poppy Billingham’s off kilter vocals are a thing of surreptitious beauty: slithering in the verses, echoing Young Marble Giants, before growing into a forboding Siouxsie Sioux style wail. Its a hypnotic and ibtriguing introduction to this London five-piece. (Bill Cummings)

Why we love it: Released during Pride month, Asha Jane returns with the brilliantly self-affirming deep neo-soul cut that taps into the heartbreaking reality of not being accepted for who you are. It’s a showcase of Asha’s storytelling ability, which compliments her rich soulful vocals that switch from self-revelatory in the verses to soulfully radiant in the chorus. Here she is calling out superficial love of the kind only given when others are impressed.

‘Proud’ was co-written with Violet Skies (Mabel, Tiesto) and Dan Evans; recorded by Lynise Espirit and produced by KINGKHAN. The fellow Cardiff based musician/producer’s laid back beats and soulful bed of textures, melody and instrumentals (including illuminating keyboards and layered harmonies) allow Asha’s voice to be centre stage: bold, steadfast and self-aware.

“’Proud’ is my mantra,” proclaims the Cardiff based artist, “Proud ties into a lot of different things for me, it’s about being proud of my journey towards self-acceptance, being confident in my own skin and realising my own sexuality. Mostly I wanted to uplift myself and others; I especially love the line ‘I achieve me on the daily’ because I’m proud to be my authentic self every damn day!”

Asha Jane is a neo-soul artist who grew up in South Wales within Celtic, Jamaican, Indian and Nigerian family heritage. Her creative flow comes from life experiences, taking inspiration from conversations, art galleries and other musicians within the scene. In 2019 she was chosen for the PRS Foundation-backed artist development scheme Forté Project and has also received support from BBC Horizons. She has supported artists like Kae Tempest, Kizzy Crawford, Aleighcia Scott and Another Sky. (Bill Cummings)