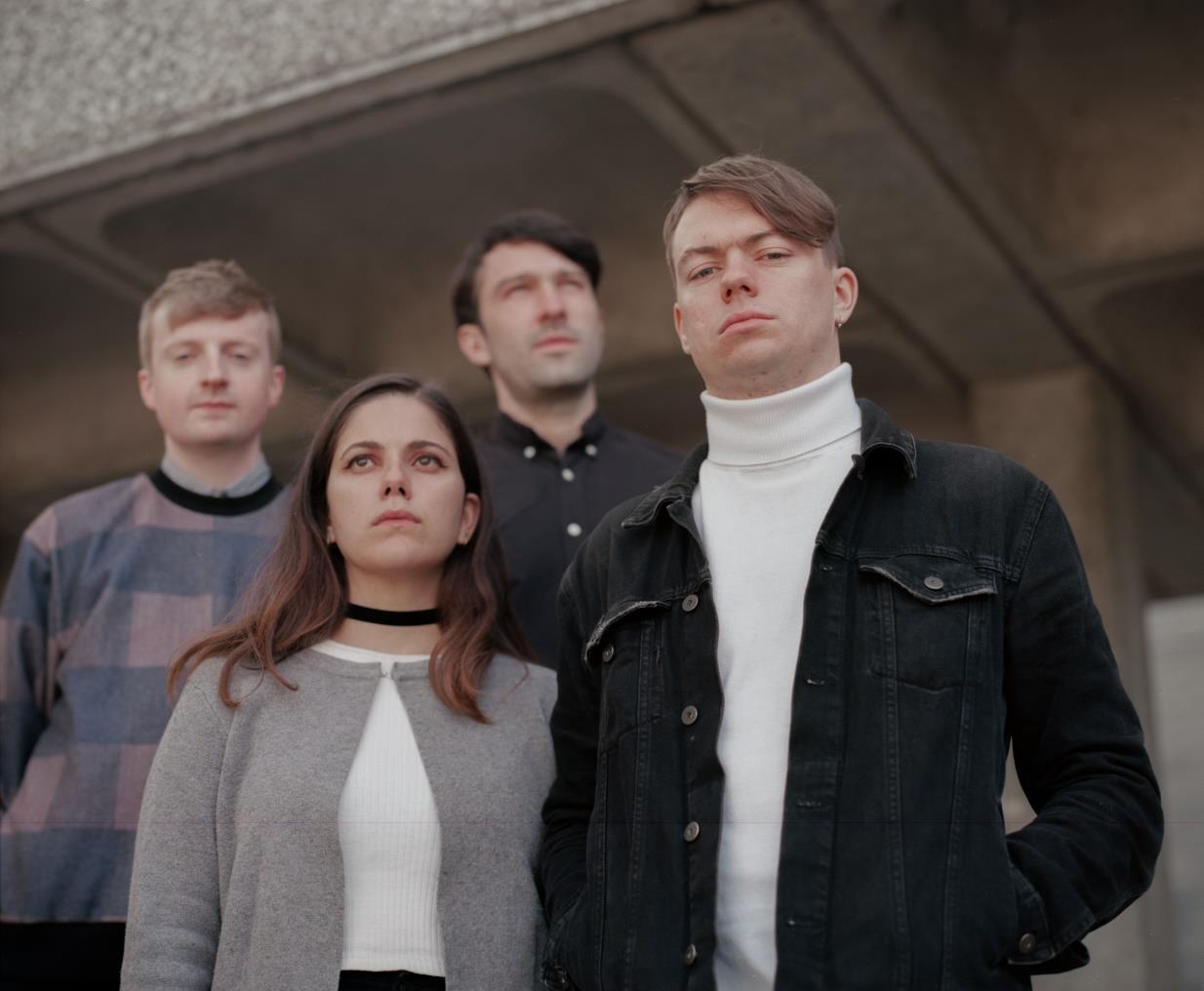 For this latest edition of Tracks of the Week, Julia Mason offers up a review of the new three-track EP ‘Parallel Lines’ by Dublin’s Scattered Ashes. We’re also joined once again by Simon Godley – who picks out Helvetia and Shannon Lay as his top tracks this week – as well as editor Bill Cummings, who shines a light on Rona Mac‘s new single ‘Weapon’. Lastly, we introduce you to the latest offering from London’s Indigo Eyes.

Follow our dedicated Spotify playlist to keep up with our Tracks of the Week.

We seem to be seeing a resurgence in bands with a strong sung vocal, rather than the spoken style of recent times. Scattered Ashes are firmly in this new batch of bands with lead singer Rob Dalton: just listen to the beginning of the track ‘Parallel Lines‘ from their debut EP of the same name, released digitally on 14th May on the Fatal Vision label. The three track EP is a pulsating debut by the Dublin five-piece.

The opener, previous single ‘Love Is Not An Option‘, is a dark and atmospheric track, not slow and melancholy, but rather pulsating with a dance drumbeat that never slows down. It is driven by the bass and dives into the sinister aspects of an ailing relationship. The track is reminiscent of Bauhaus, with dark foreboding vocals and an oppressive tone, but the pace of the track gives it a danceable edge.

Parallel Lines is a meditation on the finite, reminding us that we all have a limited amount of time. “Watch the pendulum swing” sings Rob. However, this track is about finding our way, about pushing forward. “Let’s level the playing field“, rather than let time conquer us: we should grab our opportunities. The intensity in this track builds and is sung with such passion.

The EP finishes with a remix by Wastefellow of ‘Love Is Not An Option‘. The track is given the beat-box treatment which lightens it up and gives it an electronic twist, which emphasises the versatility of Scattered Ashes’ music.

This is an impressive and assured debut. The EP was recorded at Darklands in Dublin with Dan Doherty who also worked with Fontaines D.C., Slyrydes and Munky, amongst others. Scattered Ashes find themselves in very good company.

Parallel Lines also has a vinyl release in blood red on 21 May 2021. I have my order in and I’m looking forward to more from this Irish band. (Julia Mason)

Helvetia – Rocks on the Ramp

Why we love it: Helvetia is the solo project of the multi-instrumentalist, Jason Albertini, a man who forms one part of the San Jose slowcore trio Duster as well as having been the bassist for revered indie rockers Built to Spill. His new album, Essential Aliens, will be released on 25th June via Joyful Noise Recordings and ‘Rocks on the Ramp’ is the second single to feature from it. Here Albertini set out to “capture a feeling of going a bit mad” (caused by the enforced isolation and monotony of lockdown). And in so doing he creates a heightened sense of woozy narcolepsy. ‘Rocks on the Ramp’ just shuffles along in a lo-fi trance-like state constantly remaining a couple of steps removed from any semblance of what might be described as conventional reality. Blissful insanity. (Simon Godley)

Why we love it: One of the very last concerts I saw before this damned pandemic hit us all featured the quite wonderful Shannon Lay. The Los Angeles’ songwriter was excellent that night in Leeds back in February of last year and on this evidence has clearly lost none of her creativity in the interim. ‘Rare to Wake’ marks Shannon Lay’s first major release since August, her acclaimed album from two years ago. The new single comes drenched in brilliant Californian sunshine, beautifully layered harmonies and an all-around feeling of loveliness that takes me all the way back to Crosby, Stills and Nash and their very fine first recordings. Divine. (Simon Godley)

Why we love it: Queer singer-songwriter Rona Mac’s new single simmers with the reflection of a tempestuous relationship that eventually came to end. Rona carefully carves a self meditative narrative around love, loss and a craving for simplicity with an indelible wounded vocal, framed in clipped guitars and elegantly drawn backdrops, swelling somewhere between Laura Marlin and Julien Baker. Rona brings to the table her very own approach to music, taking inspiration from the nature that surrounds her in Pembrokeshire and creating the project in a stunning chapel turned studio. The follow up to her superb debut album, ‘Weapon‘ is a mature, haunting and majestic piece of songwriting from a fast emerging Welsh talent. (Bill Cummings)

Indigo Eyes – Where Were You

Why we love it: Following the release of his debut EP last year, Joseph Robson (AKA Indigo Eyes) returns with his latest single ‘Where Were You’ – an utterly infectious cut of deep-house styled pop. Bringing to mind the greatly missed club dancefloors of Robson’s native London, the track was written at a time of yearning for what once was: “Over the winter period this year I got really into deep house, likely because I was missing clubbing”. ” That desire has led to the creation of a track that deals in both nostalgia and a note of what is to come, we hope.