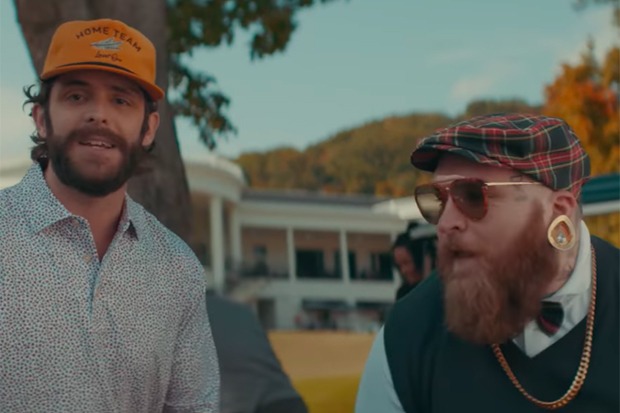 Teddy Swims already ranks as one of 2020’s breakout stars thanks to his major-label debut “Picky” and a Shania Twain-approved cover of “You’re Still The One.” The 30-year-old now take it to the next level with a new version of “Broke,” a feel-good anthem he released in August, featuring country superstar Thomas Rhett. “Remember days, like just last week,” Teddy (real name Jaten Dimsdale) begins the song over Julian Bunetta’s funky production. “There wasn’t nothin’ in the kitchen left to eat.”

However, things have changed thanks to his viral fame. “I’m so used to being broke, but not no more,” he croons. “I’m buying all the things I never could afford.” That’s when Thomas steps in for his verse. “I ain’t sayin’ I’m rich, but I’ve got a couple dollars to blow,” the country hitmaker sings. “We’re gon’ celebrate tonight, put some Champagne on some ice ’cause you can’t take it with you when you go.” Their voices work surprisingly well together and they have obvious creative chemistry as proved by the hilarious video. Check it out below.