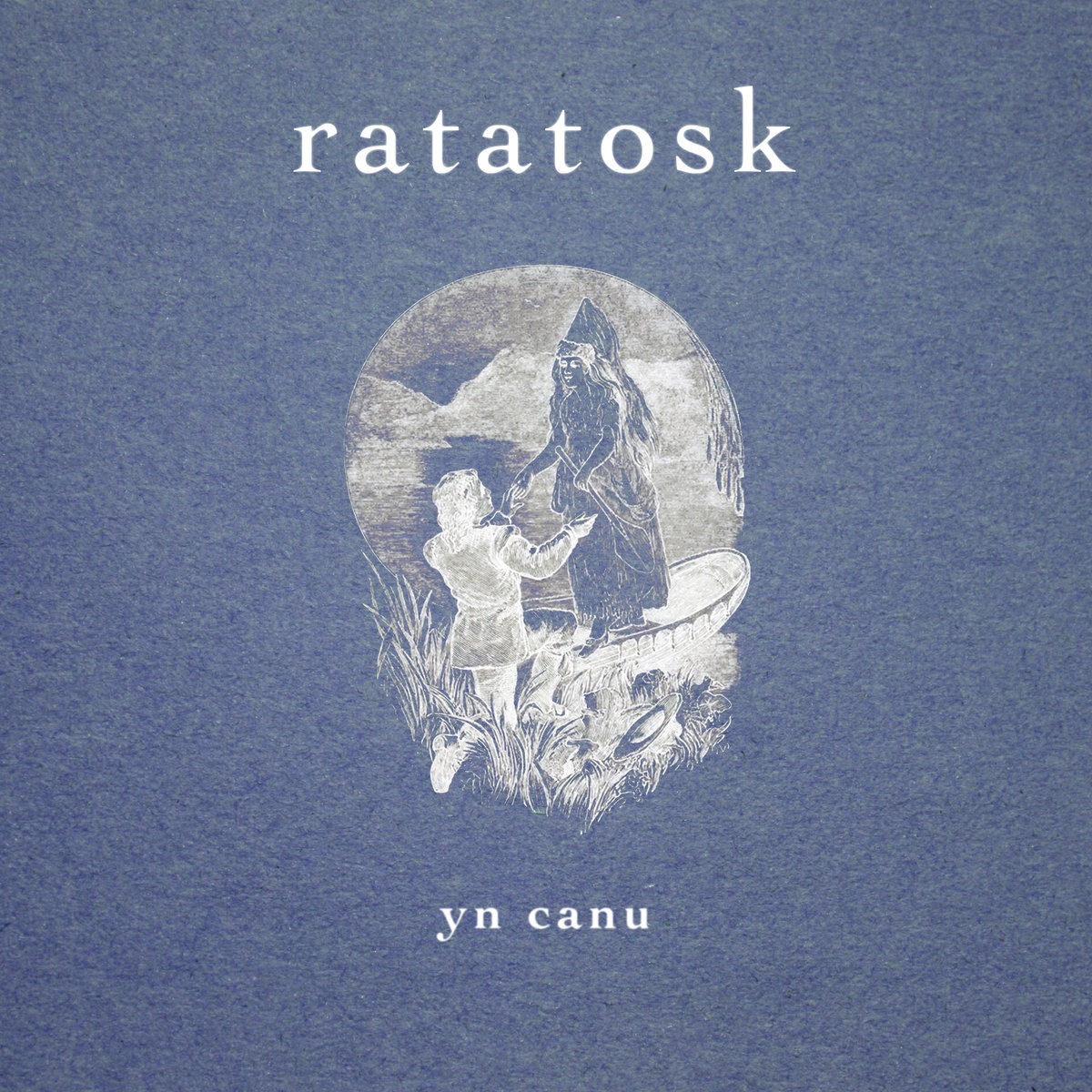 “There is a discrepancy,” sings Rhodri Viney, a.k.a. Ratatosk at about the midpoint of his new album Yn Canu, “between the days I’ve lived / and the days I fully remember”.

A fine word discrepancy, and one that pretty accurately reflects the experience of memory as you get older. Memories frequently start to look like odd items on your bank statement that you can’t quite place. What the fuck was that £3.45 for? you will ask. Yet more coffee? Another second-hand book? A bike part? Something else? But I’ve never even been to Rotterdam, you will protest. And so on. You start to feel more and more like a puzzled robot at the end of a Kazuo Ishiguro novel, wondering what to make of it all. If it can be put into some kind of order.

It can’t of course. But luckily, we have songs, which are, if nothing else, a kind of a way of keeping the receipts.

Better known as one half of the post-rock, psychogeographic death-disco behemoth that is Right Hand Left Hand, Ratatosk is Viney’s outlet for quieter, eerier fare. This, his eleventh Ratatosk album, is a series of discrepancies in ballad form. There’s ‘Be Still my Beaten Heart’, which obliquely covers the lockdown and its accompanying longueurs – the anxious drinking and the quiet grief of separation. ‘Y Cudd’, one of several songs in Welsh, operates at the other end of anxiety – it’s about the mental inquest that follows an encounter with other people, the certainty that you told them all a load of embarrassing and idiotic things and looked at best ridiculous, at worst rather sinister. At least, that’s the feeling it gives me – after ten years in this beautiful place my Welsh is shamefully bad – as Viney sadly picks his way through some very minor keys indeed.

‘Y Cudd’ means The Hidden in English, and points to the album’s other big theme. The title, Yn Canu, is pronounced similarly to the word Uncanny and the full title translates into English as Ratatosk Sings. It compliments the sense of nervous laughter that pervades the album, as if cracking wise will ward off an encroaching, unnamable terror. But it’s the nature of the uncanny to compromise and infect the ordinary world. In one song he ponders whether there is, ‘a German word / for how I have been drinking,’ while another wistfully sums up the songwriter’s lot: ‘It is so hard to have ideas / nothing comes for hours at a time.’

There seems to be nothing else for it but to go for a long walk, and indeed the hugely satisfying middle portion of the album contains a trilogy of songs that do just that. The instrumental ‘Cofeb i Feirdd y Mynydd Bach’ introduces us to the landscape around Mynydd Bach, near Aberystwyth, a rough, raw place that Viney has been visiting at least once a year since he was a teenager, and the track conveys a sense of time standing still, of a moment’s clarity in the face of something more permanent, something indifferent to us.

Not that it lasts. It’s followed by ‘Stuck in the Age of the Wheel’, a jaunty, even upbeat tour around a brain that refuses to be stilled: “Time will keep on kicking us in any way it can / in several different ways we aren’t too quick to understand”. This Age of the Wheel could be read as the span of time between now and that first fatal invention, or the symbolic wheel of time itself, the bleakness of the lyrics offset by a sweet, pastoral guitar arrangement. We’re back at that sense of discrepancy again. Urbane words from a wild soul.

‘The Remnants at Llyn Eiddwen’ descends the hill and finds itself lost among ruins of farmhouses and abandoned gardens, and approaches a ruined Victorian folly on an island. The vocals are lost in reverb, as are we. It’s not the worst walk in the countryside in contemporary music – that honour remains with Richard Dawson’s ‘Ghost of a Tree’ – but the shadows lengthen and horror mounts in the awareness that it’s just a matter of time before the forces that are consuming Tredwell Castle decide to take an interest in us.

Yn Canu has an unabashedly DIY feel. It sounds like something found rather than made, a decades-old anthropological field recording with all the microphones in slightly the wrong place. Faltering, but unbowed, Yn Canu is a wise and strange record that leans audaciously into its self-imposed limitations.