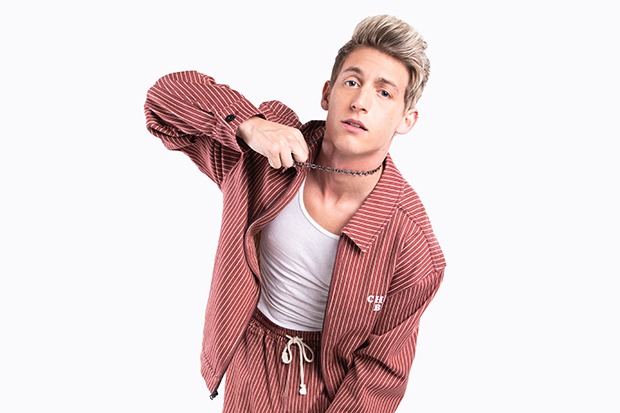 Josh Killacky is probably best known for his fancy footwork (the Chicago native has appeared on Dancing With The Stars and World Of Dance), but that’s about to change with the arrival of an unbridled banger called “Talk Body.” Appropriately enough, his new song is about expressing your emotions through movement. “She’s talking to me but she’s using her legs, body in motion are you hearing me yet?” Josh sings in a verse. “Doing your thing don’t let it go to your head, ’cause I’ll embarrass you and all of your friends.”

That takes us to the instantly chorus, which features fellow dance luminary BluPrint. “What you wanna say (talk body), say it to my face (talk body),” Josh chants over pristine beats. “If you wanna hate (talk body), words getting in the way just talk body.” What inspired the song? “I love to make people move and this is a high energy club song that focuses on actually telling your body to talk and express itself by dancing,” he explains. “I really wanted to force people to bob their heads and get up and dance.” We’re very excited to premiere the club anthem below.