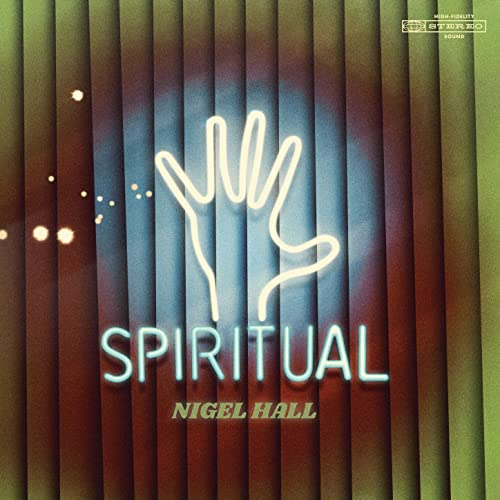 Nigel Hall, best known as the longtime keyboardist/vocalist of Boston-bred funkmeisters Lettuce, has stated that his second solo effort is “something real out in the world that I put there,” the album that he believes best represents who he is. That works: Spiritual—the title came from a sign he saw on the street—covers plenty of ground, but also deviates pointedly away from Lettuce’s omni-directional approach. Hall chooses to keep things relatively simple on these selections, which he co-produced with DJ Harrison (who also provides much of the instrumentation), and that works to his advantage, giving the grooves a solidity that’s fortified as the tunes play out. Hall is, in fact, extra-determined to give Spiritual a personal stamp. In his heart, he’s a soul man, but not one who lacks his own ideas of what that means. Several of the songs he proffers here are reminiscent in their feel to the classic R&B of the ‘70s—it would not be difficult to convince an unsuspecting listener that they were made at Gamble and Huff’s Philadelphia International or even latter-day Stax or Motown—although there is always some funk churning at the bottom. Considering where he comes from musically, there would have to be. Sometimes the grooves are easygoing on the surface, revealing a more complex depth as they unfold. A sentiment as uncomplicated as “Gotta Go to Work,” which finds Hall employing both the Hammond organ and a mini-Moog, lays it on the line real thick, while “A Brother’s Love,” dedicated to the late Kofi Burbridge, requires no words at all to say so much. Spiritual goes a long way toward illuminating just how much breadth there is to Nigel Hall’s artistry.Please enjoy this full-length feature from our June Issue. Not a subscriber? Show your support for only $2/month