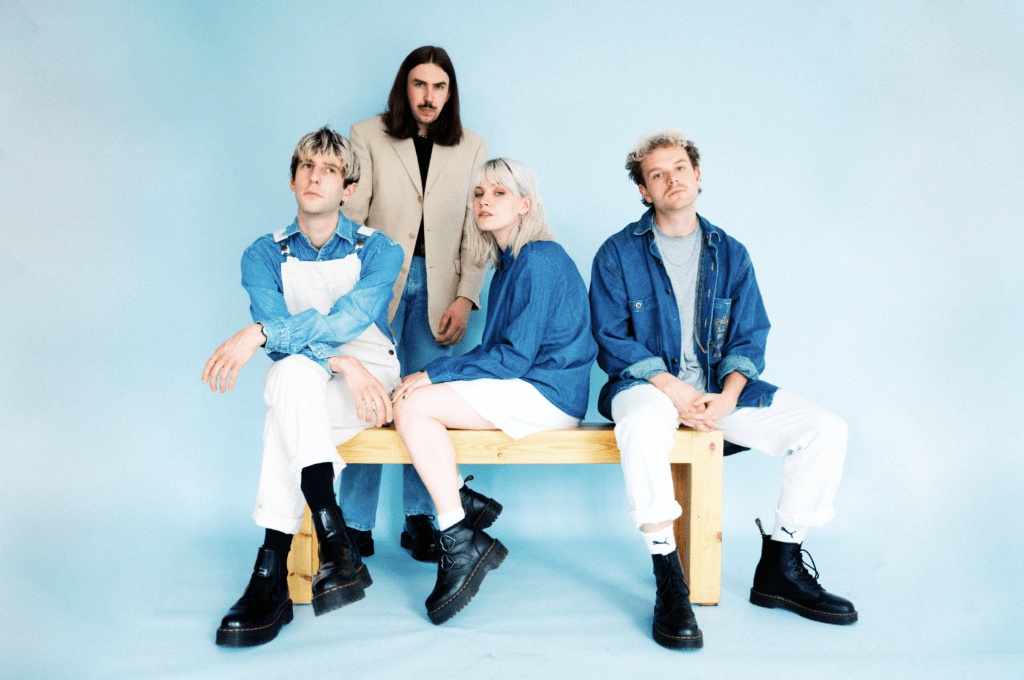 Edinburgh outfit swim school return with an exciting new single, ‘anyway’ balancing a candid vulnerability with an anthemic quality, tumbling percussion and kick-ass guitars are pierced by Alice Johnson’s vulnerable yet stridently and infectiously delivered lyrics. That explore the difficulties of opening up on your emotions during a time of poor mental health. It’s lifted from their debut EP, ‘making sense of it all’, out Friday 13th August.

On ‘anyway’ – vocalist Alice Johnson continues to explore the insecurities and vulnerabilities which trouble an entire generation.

“To maintain a healthy mental state, we are advised to talk to others about how we feel, but that can be easier said than done as certain people might not feel confident in opening up,” tells Alice. “For the lyrics in “anyway”, I wanted to highlight how it may be difficult for people to simply open up to others. It’s challenging to try to explain an unexplainable feeling to someone and expect them to understand what they are going through when they don’t even understand it themselves.

The chaos of imagery in the first 4 lines of the chorus that is then followed up by the lyrics “you never notice it anyway” expresses that even though they are trying to explain what they are going through; they feel like the person listening doesn’t care nor notices. As mental illness is an invisible illness, it is easy to feel that others don’t care about your mental state when the case may be, they haven’t even noticed.”

It follows previous singles ‘outside’ and ‘let me inside your head’, the quartet’s youthful blend of fuzzy, anthemic grunge and the catchy, hook-fuelled haze of dream-pop has seen them announced for 2021’s Latitude Festival, perform live sets for The Great Escape and BBC Introducing, tipped by key tastemaker.

Detailing their debut EP ‘making sense of it all’, which will feature five-tracks – including ‘anyway’ and the previously acclaimed ‘outside’ & ‘let me inside your head’, Alice explains: “Each track on the EP is based on an event that I’ve experienced in the last year and the effect it had on my own mental state and also the mental state of everyone who was involved.

The title “making sense of it all” is the perfect way to express the common feeling that runs throughout the E.P. . There’s sad, happy and angry songs, each expressing how it feels to try and understand how you are feeling in hard situations”