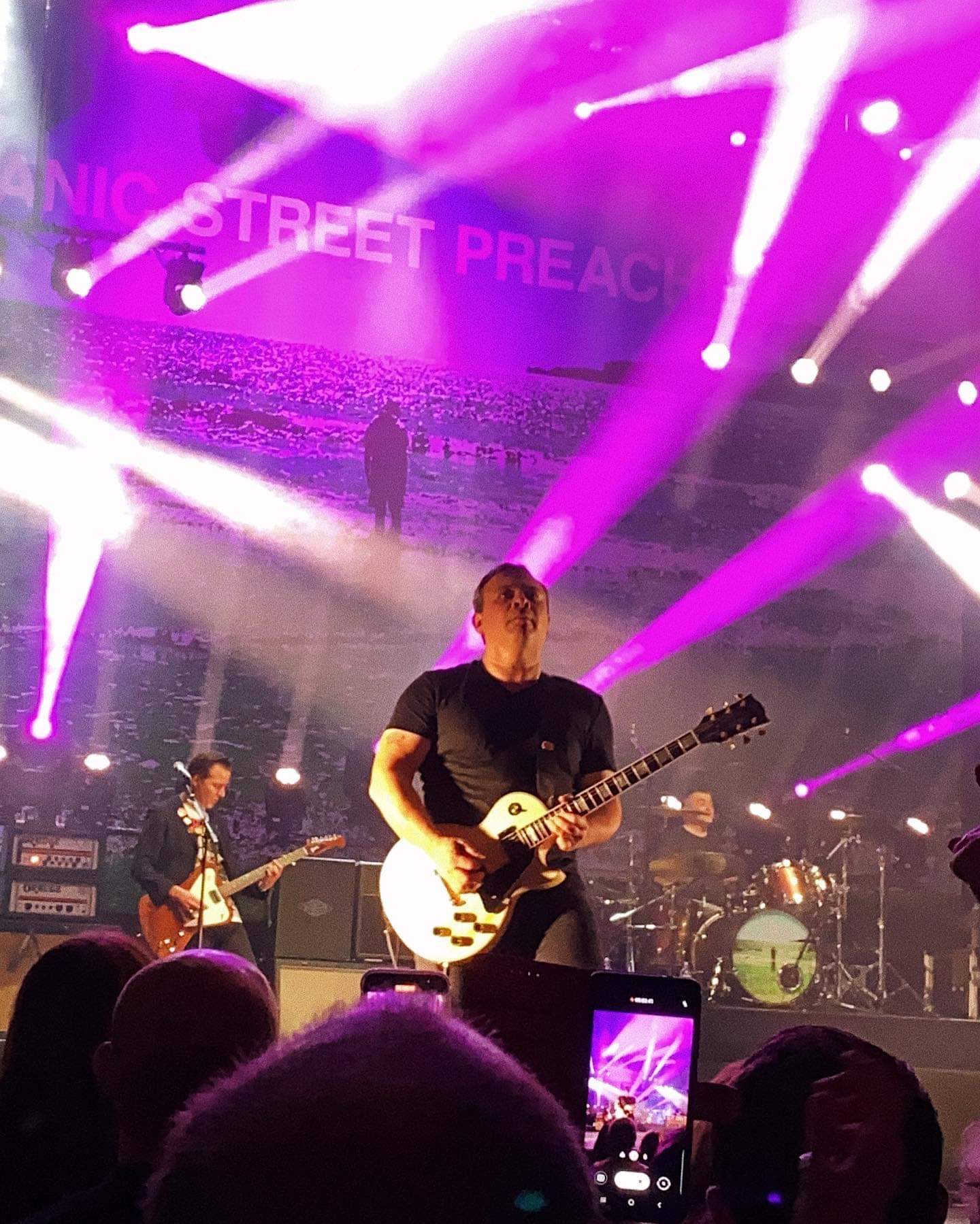 Manic Street Preachers have released a new digital playlist collecting their collaborative tracks over their last nearly thirty years as band. Listen to ‘I Live Through These Moments Again And Again: The Duets 1992 – 2021’ playlist below.

The first in a series of Spotify playlists specially curated by the band collects together all of the guest duets from their 1992 debut Generation Terrorists through to this year’s The Ultra Vivid Lament.

As well as gathering their well known singles featuring guests, including ‘Little Baby Nothing’ featuring Traci Lords and ‘Your Love Alone Is Not Enough’ featuring Nina Persson, the playlist also includes a previously unheard live recording of ‘Let Robeson Sing’, recorded at the band’s ‘National Treasures’ show at the O2 Arena in London in December 2011. The track features Gruff Rhys on lead vocal.

‘I Live Through These Moments Again And Again’ also features a re-recording of ‘Spectators Of Suicide’ from the band’s 1991 ‘You Love Us’ EP with Welsh artist Gwenno on guest vocals. The song was originally revisited to coincide with the publication of the book Believe In Magic: The First 30 Years of Heavenly Recordings.

The digital album’s tracklisting is as follows:

Further playlists curating aspects of the band’s back catalogue will be shared in the coming months focusing on remixes and covers, each adding multiple tracks that haven’t previously been available on streaming services.