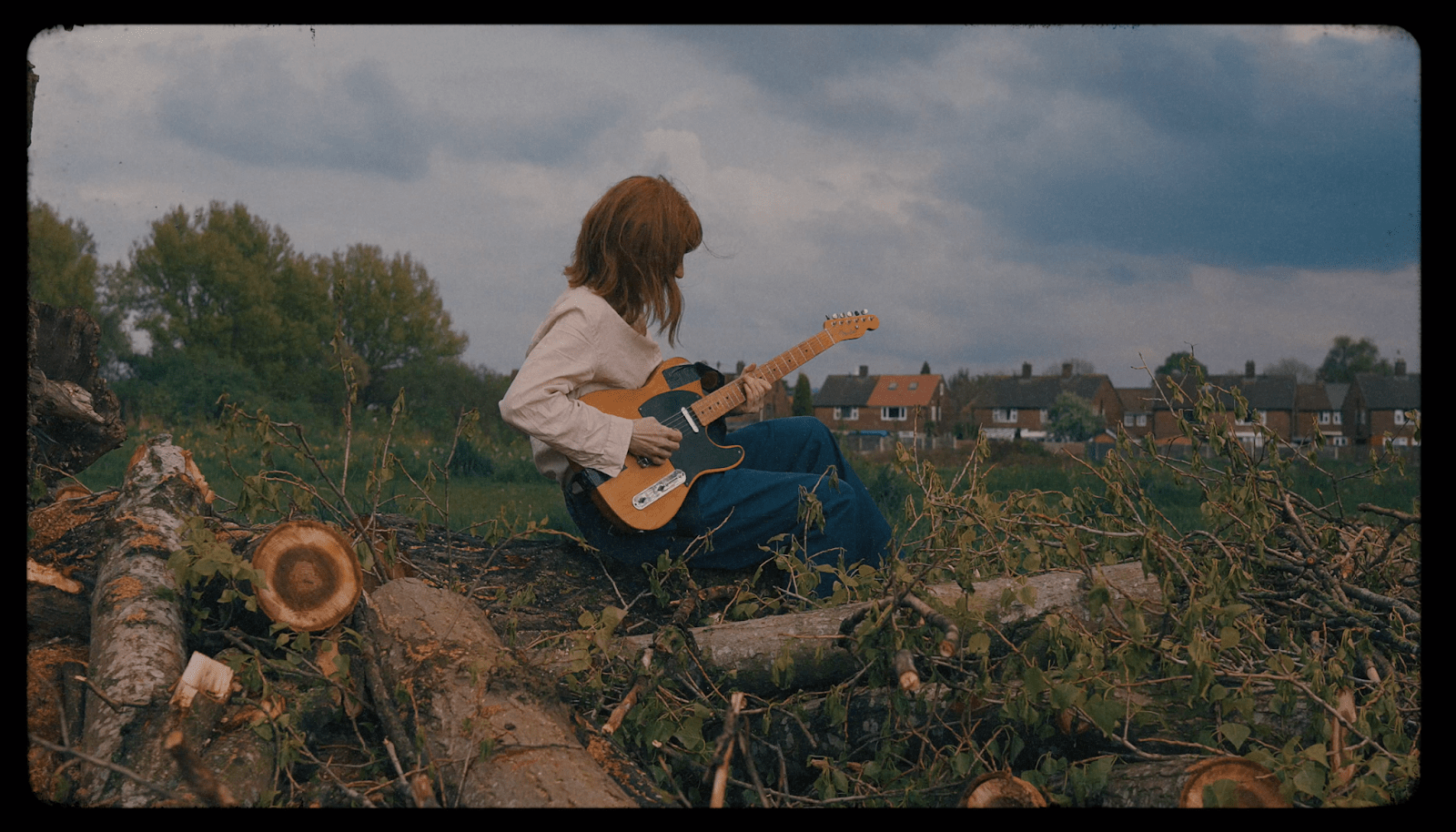 LoneLady has revealed the title track of her forthcoming third album Former Things, out via Warp Records on the 25th June. Alongside this LoneLady shares a cinematic video directed by Jon Edwards at Naive Studio. The video evokes the golden-tinged magic of childhood, and centres around the ruins of a tree, one that is intertwined with LoneLady’s childhood memories. Watch it below.

This evocative song is layered with choppy guitars, popping percussion and bubbling rhythmic pops and infused with a wistful soulfulness that harks to early Yazoo, swathed in analogue synth textures that are redolent of early New Order. Recalling Super-8 memories and mournful reflections on a lost golden age of childhood and youth. It’s another infectious cut from her album released tomorrow.

Elaborating on the video, LoneLady says, “This tree was actually my childhood tree in Audenshaw where I grew up. I used to make dens in it, swing from it and play on it all the time and it was still standing when we first scouted the location – sadly, when we went back to film a week or so later the tree had been chopped down! So here I am sat playing guitar literally on the ruins of my childhood .. which feels very key for the central message of this song and the whole album.”

The track feels sepia-tinged, rounding off the more serrated edges of previous singles ‘(There Is) No Logic’ and ‘Fear Colours’. Forthcoming album Former Things is the follow up to the critically acclaimed 2015 album Hinterland.

The new album was written, performed and recorded entirely by LoneLady. Whereas previous albums at least allowed the appearance of a real drummer, the soundworld of Former Things is a celebration of drum machines and electronic hardware and was entirely crafted by LoneLady during her time spent in Somerset House Studios Rifle Range, an 18th-century shooting range that has now been adapted into an experimental performance and recording space. The album was inspired by a seismic move for LoneLady who left her native Manchester, decamping to London’s Somerset House Studios in search of new creative and technical processes, and a new cityscape to inspire her poised machine funk.

LoneLady is set to tour the UK in September 2021 as well as at the beginning of 2022. For more information on the tour please visit http://lonelady.co.uk/live/.