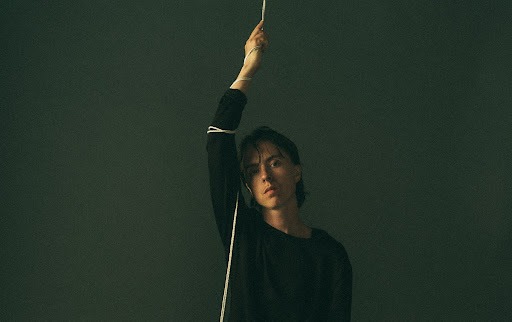 Meg Duffy’s indie, soft rock project has long been pleasing music critics and fans alike.  Their new album, Fun House, is out now on Saddle Creek and explores a new direction that sees Duffy take on a more electronic landscape.

Produced by Sasami Ashworth (SASAMI) and engineered by Kyle Thomas (King Tuff), the record was not intended as a reaction to the pandemic, but was the result of taking a moment of pause.  Emboldened by going into therapy and coaxed by Ashworth to push the songs into unexpected new routes, Fun House is more personal and stylistically adventurous than anything Hand Habits have created before.

Speaking about the change in musical direction, Hand Habits aka Duffy says:

‘I felt a massive shift in the way that I was seeing the world and seeing myself, moving through certain emotional patterns and behavioural patterns, and really taking them apart.  Sasami empowered me to take up a lot of different sonic spaces and challenged me to rethink these limitations that I had about my own identity.  I wouldn’t allow myself to step into certain roles because of the little box I was putting myself in based on all of these false narratives that I had come to believe about myself.  I think this also coincides with my trans identity too, because so much of that journey for me has been me really fighting against what I’m not ‘allowed’ to be.’

Duffy explains how they are inspired by working collaboratively and how this was brought into the new album by stepping back, questioning the process and viewing it from a new perspective.

‘The reason I make music is because I’m interested in connecting with people.  I’m not talking to a specific ‘you’ when I’m singing a song. I’m talking to God. I’m talking to the void.  It’s a little like casting a spell. And if you’re able to feel moved by it, I’m not thinking that you’re so moved by the tragedy of my life or my experience, but it’s maybe just that you can relate to the feeling of it.  You want people to be able to project their own experiences onto this feeling that you’re trying to create and communicate. That’s the way the spell works.  In order for other people to feel it, I have to make sure I’m feeling it too.  And with these songs, I really do.‘