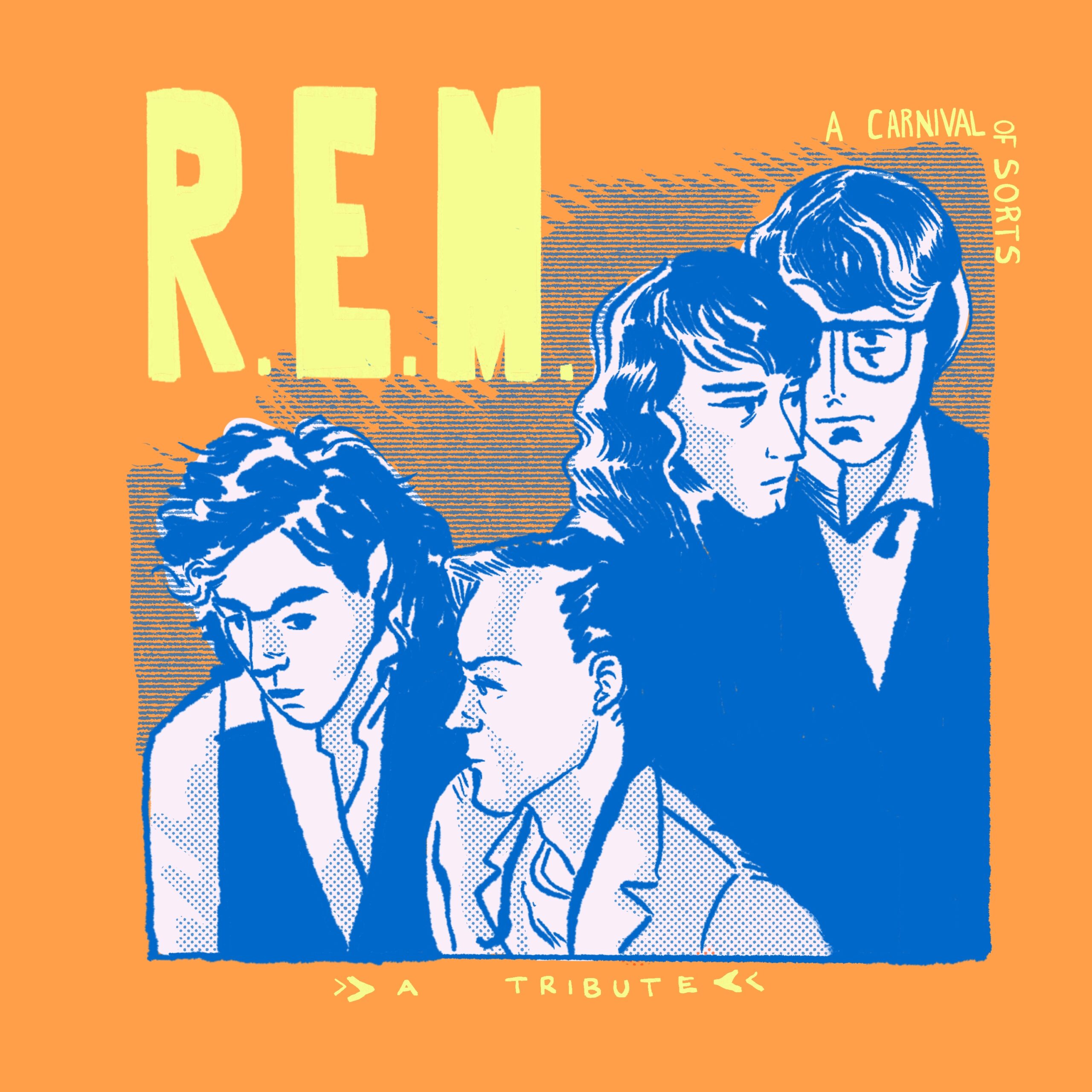 You can’t have failed to have noticed it’s been R.E.M. week here at GIITTV. You see, GITTV doesn’t just give a week to anyone, we are primarily a new music and culture webzine.

But R.E.M. are celebrating their fortieth anniversary as a band, and they are a group whose work has meant a lot to myself and many of our writers, so we decided to do a special seven days of coverage. We have been thrilled that their official social accounts have been sharing our personal perspectives on their recording career throughout the week. We would like to thank the band and their social media manager so much!

To round off the celebrations, on the 20th of August we will be releasing a compilation entitled A Carnival of Sorts: A compilation of R.E.M. covers by various artists.  Featuring talented artists from independent labels, self releasing, and musicians who are just fans of the band. Today, we reveal the thirty six song strong tracklist –  the entire album will be available for a very reasonable six pounds on bandcamp and all profits will go to Help Musicians.

Below is the eclectic tracklist, featuring artists from across the globe, from Wales, Athens, London, Edinburgh, Sweden, Japan, Australia and beyond – each act taking on R.E.M.in their own distinct styles, affectionately paying tribute to one of the most important alternative rock bands of our era.

We would like to thank each and every act who have specially recorded a version of a R.E.M. track for our compilation album. Plus the labels such as Libertino, Reckless Yes, Fierce Panda, Bubble Wrap recordings, and Happy Birthday To Me Records, who have helped and worked with us and allowed their artists to appear on the release! Also to artist Kevin Alvir who is a big R.E.M. fan and worked with us to create this beautiful artwork for the release.

On the thirteenth of August, a week before the release we will stream the entire album for forty eight hours exclusively. Leading up to the release we will feature each participating artist and their reasons why they chose the song they covered. Thank you to all of the acts and labels and of course Stipe, Buck, Berry and Mills for their songs.