Nailed It! Anitta Performs “Me Gusta” On ‘The Tonight Show’ 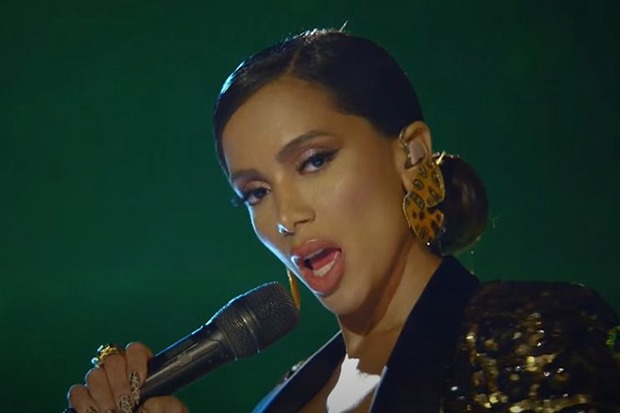 Anitta’s US takeover is already in full swing. The Brazilian superstar rolled out “Me Gusta,” a collaboration with Cardi B and Myke Towers, last week and wasted no time setting up a blockbuster live performance. The 27-year-old belted out the infectious banger on last night’s episode of The Tonight Show Starring Jimmy Fallon and absolutely nailed it. She served choreography, intricate staging and holographic cameos from Cardi and Myke. Oh, and it didn’t hurt that the location — a rooftop in Rio De Janeiro — was stunning.

In addition to hosting the first live performance of “Me Gusta,” The Tonight Show also broke a little news. Namely, that Anitta’s debut US album is called Girl From Rio. Of course, the global hitmaker inked a deal with Warner Music earlier this year and has been collecting Spanish and English-language bangers (hopefully, there will also be some Portuguese) ever since. On the strength of “Me Gusta” and “Tócame,” it’s only a matter of time before she crosses over. Watch Anitta slay Fallon below.