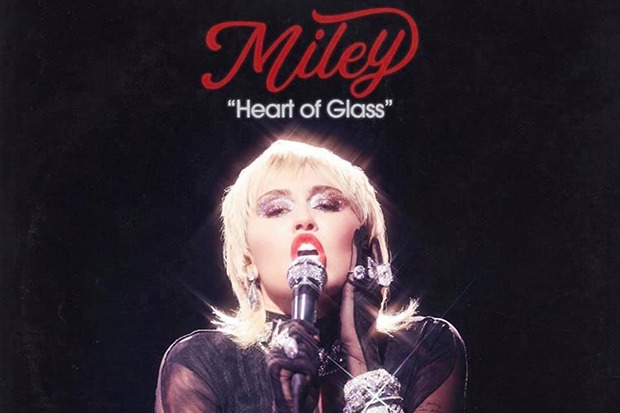 Miley Cyrus covered Blondie’s 1979 chart-topper “Heart Of Glass” at the recent iHeartRadio Music Festival and promptly went viral with her rollicking interpretation. Well, it looks like the pop star has noticed the enthusiastic response and wants to repay fans by releasing a studio version (I hope) on streaming platforms. “Should I drop ‘Heart Of Glass’ on streaming?” the 27-year-old asked Smilers. The fact that a) the artwork already exists and b) fans responded overwhelmingly in the affirmative suggests that it could drop as early as this week.

Of course, we’re in the midst of a Miley Cyrus revival. “Midnight Sky,” a dreamy disco anthem that samples Stevie Nicks’ “Edge Of Seventeen,” is her biggest hit since 2017’s “Malibu.” Not only that, but it has legs on streaming and downloading platforms — something she hasn’t enjoyed since the Bangerz era. The weakest link this time around was radio, which is confounding because this is a radio-friendly bop. Check out Miley’s announcement below and watch the live version of “Heart Of Glass” at the bottom of the post.

Should I drop Heart Of Glass on streaming?! 💀