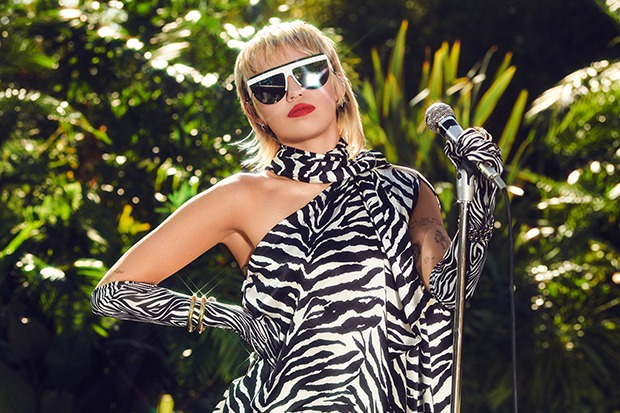 What happens when you revive and unite two beloved live music franchises? MTV Unplugged Presents “Miley Cyrus Backyard Sessions.” The one-off special will air exclusively on MTV on October 16 and give fans a front-row seat to an acoustic set live from the pop star’s Los Angeles backyard. If that isn’t exciting enough, the press release partially reveals the setlist and it’s mouth-watering. For starters, Miley is covering Britney Spears’ “Gimme More” as well as undisclosed songs by Pearl Jam and The Cardigans (it has to be “Lovefool”).

Naturally, the 27-year-old is also performing an assortment of her own hits including recent single, “Midnight Sky.” That dreamy disco anthem has proven to be a global smash and something of a grower in the US. In that it has never really strayed from the top 20 on iTunes and continues to make slow, but steady progress on pop radio. Who knows? MTV Unplugged Presents “Miley Cyrus Backyard Sessions” might be just the thing to propel “Midnight Sky” into the top 10 where it belongs. See the announcement video below.