Metallica’s “Master Of Puppets” Gets The Stranger Things”Push 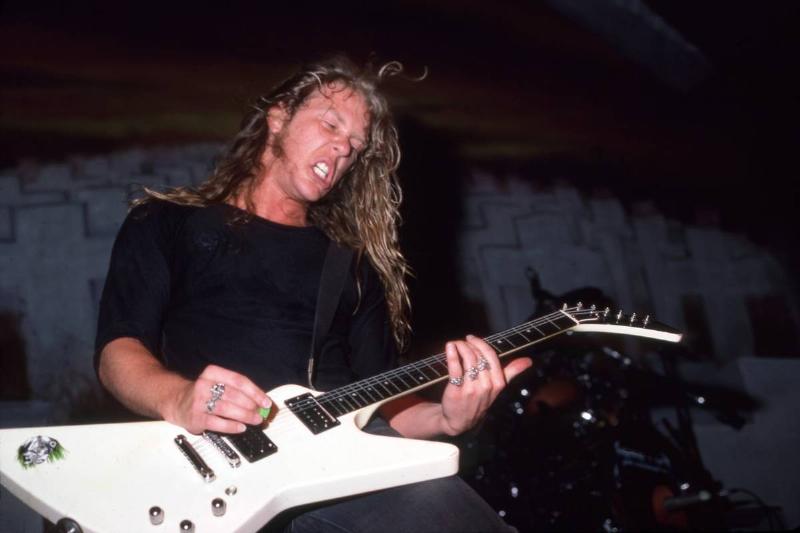 It’s not just Kate Bush benefitting from being featured in season 4 of Stranger Things. Metallica is finding chart success again with their 1986 anthem “Master of Puppets” after it was featured in a critical scene during the finale with a character shredding the track on his guitar from a trailer roof.

After the episode debuted, Metallica took to social media to thank Stranger Things for making them a part of the show, “The way The Duffer Brothers have incorporated music into Stranger Things has always been next level, so we were beyond psyched for them to not only include ‘Master of Puppets’ in the show, but to have such a pivotal scene built around it.

“We were all stoked to see the final result and when we did we were totally blown away… it’s so extremely well done, so much so, that some folks were able to guess the song just by seeing a few seconds of Joseph Quinn’s hands in the trailer!! How crazy cool is that?”

And then, when fans apologized to the band for all the “fake new followers,” Metallica made it clear that everyone is allowed to enjoy their music. Thanks to Stranger Things, now everyone is enjoying their music.

Being featured in the show has pushed “Master of Puppets” into the 40th spot on the Billboard Hot 100 chart. It’s the title track from the metaller’s third album and one of their most iconic songs.

“Master of Puppets” is now the second song to benefit from the Stranger Things treatment. Previously Kate Bush found new success for her song “Running up that Hill” when it was featured in episode four of the 4th season.