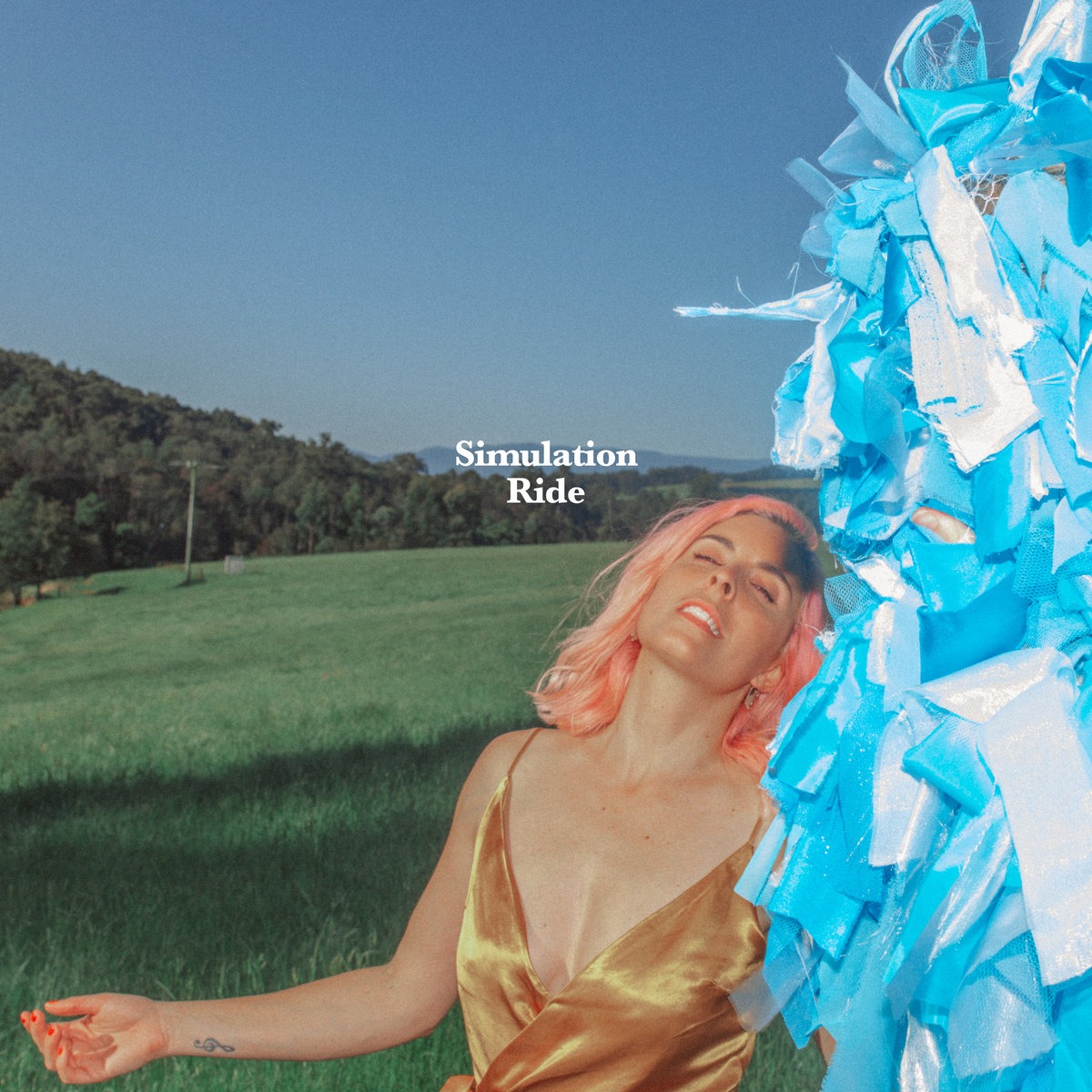 You’ll know instantly if Merpire‘s debut album Simulation Ride is going to give you what you need. And, if it’s not enough then maybe you should listen anyway. And listen again. Life is uncertain and no-one has the answers, but Rhiannon Atkinson-Howatt embraces it in the best way as a musician trying to make sense of it all.

GIITTV’s Julia Mason introduced the Australian songwriter to us back in June and, hooked by lead album track ‘Village’, Simulation Ride quickly found a special place on my playlist, regularly settling itself into the quiet moments of each day. This isn’t Easy Listening, however. Atkinson-Howatt tackles her own anxieties and self-doubts head-on, or as she puts it “I take you through the rom-com and horror sections of my internal video store.” Merpire’s songs have that rare quality: they are both very personal and very accessible, bringing us even closer into her slightly off-kilter stories.

Opening song ‘Village’ sets the standard for the entirety of the album, being one of a number of songs inspired by something everyday but extraordinary. As she explains “there’s one island [in South Yarra Royal Botanical Gardens] we nickname ‘Bell Bird Island’ because the bell birds pretty much own it… farming an insect called a psyllid, protecting it from other birds. The psyllid produces a sugary coating like a cocoon which the bellbirds lick, not eating the whole insect so that the psyllids keep producing the sugar.” She adds, “this loosely inspired the idea of it taking a village to nurture someone. Sometimes I would get so caught up in self doubt, seeing qualities in people that I didn’t think I had, that I forgot to see what qualities I had that they might love me for. I constantly put pressure on myself to be happier, more energetic, more sociable.“

These insights into the hidden nature of things make for an uncommon pairing with Merpire’s near-perfect pop sensibilities. Every track here has been through various iterations and developments over the last few years and this has honed them into a box of delights.  ‘Lately’ and ‘Brain Cells’ shimmy and soar their way around genuinely infectious melody lines with shades of Julia Jacklin‘s country-tinged vocal drops and sighs, perhaps with a rawer edge. ‘Habit’ is a nicely paced radio-friendly throwback to the early 00’s with a chorus that you’ll find yourself humming unexpectedly. Next, ‘Dinosaur’ changes direction and doesn’t pull any lyrical punches as it explores the theme of self-imposed isolation. Tugging down on its sleeves as it pulls our heartstrings, Atkinson-Howatt’s voice almost spills over into despair as she realises “I made the cage I’m in”.

At the album’s mid-point, Merpire turns the introspection around on ‘Easy’, a more exposed acoustic track that places itself between Phoebe Bridgers‘ slick-witted observations and the spinning atmospherics of Haley Heynderickx. It’s probably the barest arrangement on Simulation Ride, but its placement at the heart of an otherwise chipper-sounding album brings with it a certain gravity. To make that point, following tracks ‘Heavy Feeling’ and ‘Old Vein’ shift only a little towards being more vulnerable, hiding their gritty guitar lines and self-defacing lyrics deep in the mix; the musical equivalent of smiling through burning tears. As hinted in its earlier vignette, ‘Sink In’ gives up more self-revelations “…how long do I have before this sinks in?” The layers of self-delusion fall away like pages spilling out of a teenage journal, its spine broken, crammed with loose polaroids and love letters. On album closer, ‘Yusiimii’ Merpire holds onto that new found sense of self through the emotional transitions of young adulthood, trying to find a place to settle where its possible to be how those you love see you. Or, it could just be a song about her relationship with a pet – and the rest is just projection (isn’t that the fun of finding an album whose disarming familiarity just gets straight into your subconscious?)

Simulation Ride is a roller-coaster that delivers exactly what it promises – an intimate glimpse through glass into the personal musings and troubles of a poetic mind. Now, play it again.