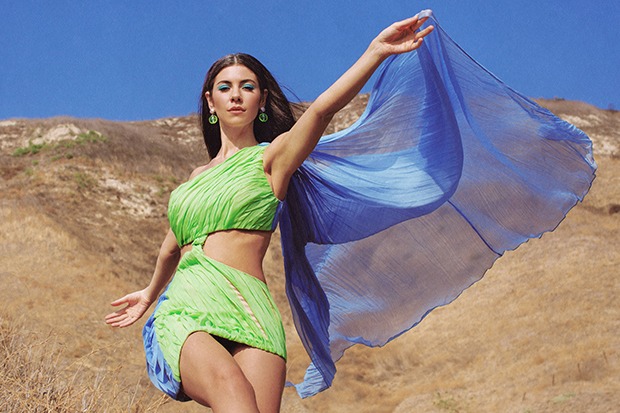 MARINA is back with a musical fuck-you to the patriarchy. The Brit examines gender inequality on “Man’s World,” a completely self-penned anthem. “If you have a mother, daughter or a friend, maybe it is… time you comprehend,” she sings. “The world that you live in ain’t the same one as them.” That takes us to the catchy chorus. “Mother nature’s dying, nobody’s keeping score,” MARINA warns. “I don’t wanna live in a man’s world anymore.” Produced by Jennifer Decilveo (the pop star co-produced) and engineered by Emily Lazar, “Man’s World” is an all-female initiative.

“I’m creating my next project and this story can only be told by women,” the 35-year-old tweeted after reading stats about the shocking underrepresentation of women in the music industry. She even picked an all-female creative team to help bring the visual to life. It premiered this morning (November 18) and finds MARINA playing the Greek goddess that she is. In the coming weeks, the hitmaker will be releasing remixes of the song by female artists like MUNA and Empress Of. Fall in love MARINA’s biting and very necessary bop below.