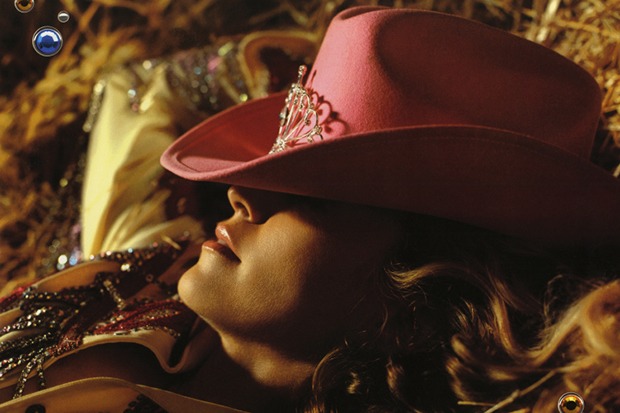 Madonna celebrated the 20th anniversary of Music by releasing a HD video of the title track. Fully restored, the iconic, Jonas Åkerlund-directed visual shimmers and shines like never before. After spending the last decade or so watching the original YouTube upload, it’s almost like seeing the clip for the first time all over again. Not only does her majesty look impeccable, but the animated sequence no longer feels dated and out of place. Apart from Ali G’s humor, which is a little problematic in retrospect, this could have been released in 2020.

Of course, “Music” was a worldwide sensation when it was unleashed in 2000. The banger hit number one in more than a dozen countries (including the US and UK) and cemented Madonna’s legacy as the indisputable Queen of Pop. It’s about time the enduring hitmaker’s back catalogue was honored and celebrated in this way. I just hope that we get restored videos for “Don’t Tell Me” and “What It Feels Like For A Girl” because they truly deserve it. Take a deep breath, press play and be transported back to one of Madonna’s very best eras.