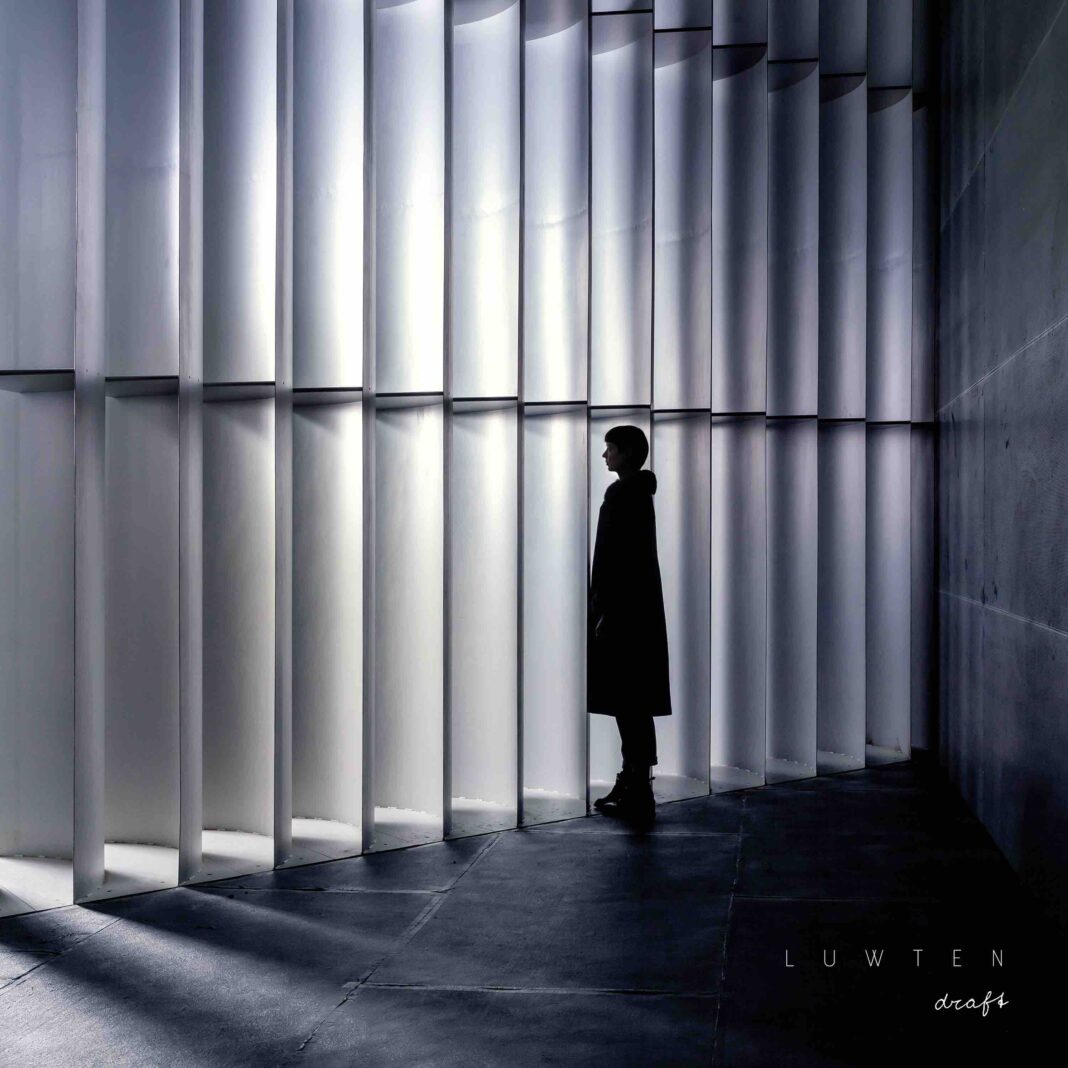 Is it possible for an album to have an opposite? If it is, and I’m going to assume that this is the case, then Draft is the opposite of Oasis’ (What’s The Story) Morning Glory?, in so much as while that record rolled up its sleeves and pitched straight into the compression wars, sacrificing all subtlety and any production values for the highest possible volume, Tessa Douwstra AKA Luwten has produced a work of quiet beauty that manages to make you listen more keenly as you quickly begin to realise that everything here is worth your attention.

Draft is Luwten’s second album and follows her self-titled debut of four years ago, some of the tracks being premiered in the Door E.P. of the written-off year that we call 2020. Ironically, given the name of the new album, Luwten is a Dutch word (she hails from the Netherlands) meaning ‘place without wind’. But while she sings “I want to feel the draft under the door” on the record’s title track, draft of course has another meaning. As Luwten explains, “I don’t think we’re ever going to be finished and I like the idea of people as a never-ending draft”. It’s an interesting concept.

This record has moved a little overground compared to the debut, and some of these songs have the ability to lodge in the brain, not least ‘Don’t Be A Stranger’, which begins in a Portishead vein but turns into something else entirely, with the chorus coming in like shafts of light through dark clouds. There are echoes of Christine and the Queens and perhaps Marika Hackman in different places, though Luwten is not necessarily influenced by anyone, she seems to inhabit her own universe. There are themes of being alone and being with others running through the whole album, even going as far (on the title track) as to record family and friends each singing a single note and knitting them together into something truly original but also most compelling.

‘Airport’ manages to fit in a sample of Belgian psychotherapist Esther Perel and make it sound like the most natural thing in the world, while ‘Sleeveless’ takes a sparse, twangy acoustic guitar and slowly builds it into a kind of alt-R&B soundscape, but again with an addictive melody.

All in all Draft is such an engaging listen. The greatest care seems to have gone into curating the sounds and moods with nothing layered on for the sake of it.

Draft is out now on Glassnote Records.