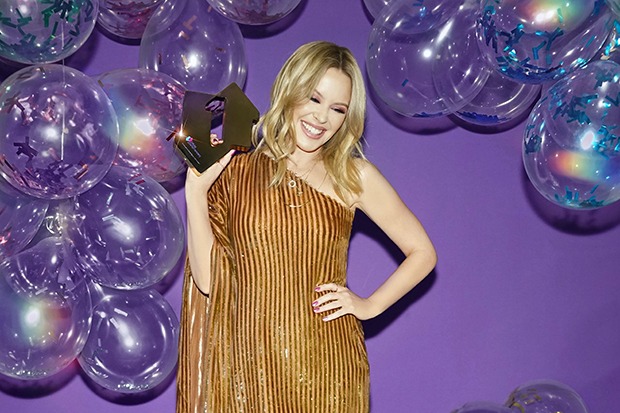 She did it! Kylie Minogue lands her 8th number one album in the UK with DISCO. In doing so, the pop icon becomes the first artist in history to score a chart-topper in five, yes FIVE, consecutive decades. Let’s break it down. 1988’s Kylie and 1989’s Enjoy Yourself both claimed the top spot as did 1992’s Greatest Hits. The Aussie hitmaker would have to wait nine years for her fourth number one, 2001’s Fever, and then another nine years for her fifth — 2010’s Aphrodite. Eight years later, she nabbed her sixth with 2018’s Golden.

Step Back in Time: The Definitive Collection was a surprise chart-topper in 2019, while DISCO gets the job done this week after a tight race with Little Mix’s Confetti. It should also be noted that Kylie had the biggest first-week sales tally of the year in the UK with 55,000 copies, eclipsing Lady Gaga’s Chromatica. “Official Charts Company, thank you so much!” the “Magic” queen said in a cute video. “DISCO has entered the charts at Number 1! I don’t know what to say, I’m lost for words, thank you to everyone who has supported this album and this campaign.”