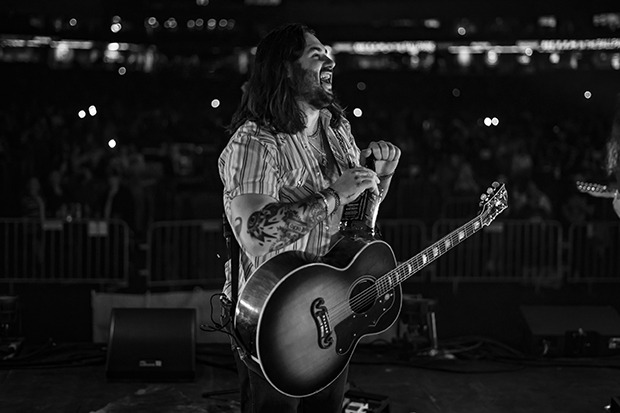 Koe Wetzel quietly sold 200,000 units as an independent artist and staged his own music festival before the major labels came knocking. The Texas native eventually inked a deal with Columbia Records and he made his major-label debut with “Sundy Or Mundy” in July. The 27-year-old now unveils the tracklist of his third album, Sellout (due November 20), and treats fans to a new single called “Good Die Young.” The autobiographical anthem showcases his anything-goes approach to genre — falling somewhere between rock and country.

“When I was writing this record I wanted to give people a real view of what I was going through and the things I had experienced at that moment,” Koe explains. “I honestly feel like Sellout has accomplished that more than any other album I’ve recorded so far. When it came time to name the album, I felt like we needed to give it something that would allow us to create some really fun content to support the release while at the same time highlighting this new relationship with Columbia.” Pre-order your copy here and see the full tracklist below.

4. Crying From The Bathroom