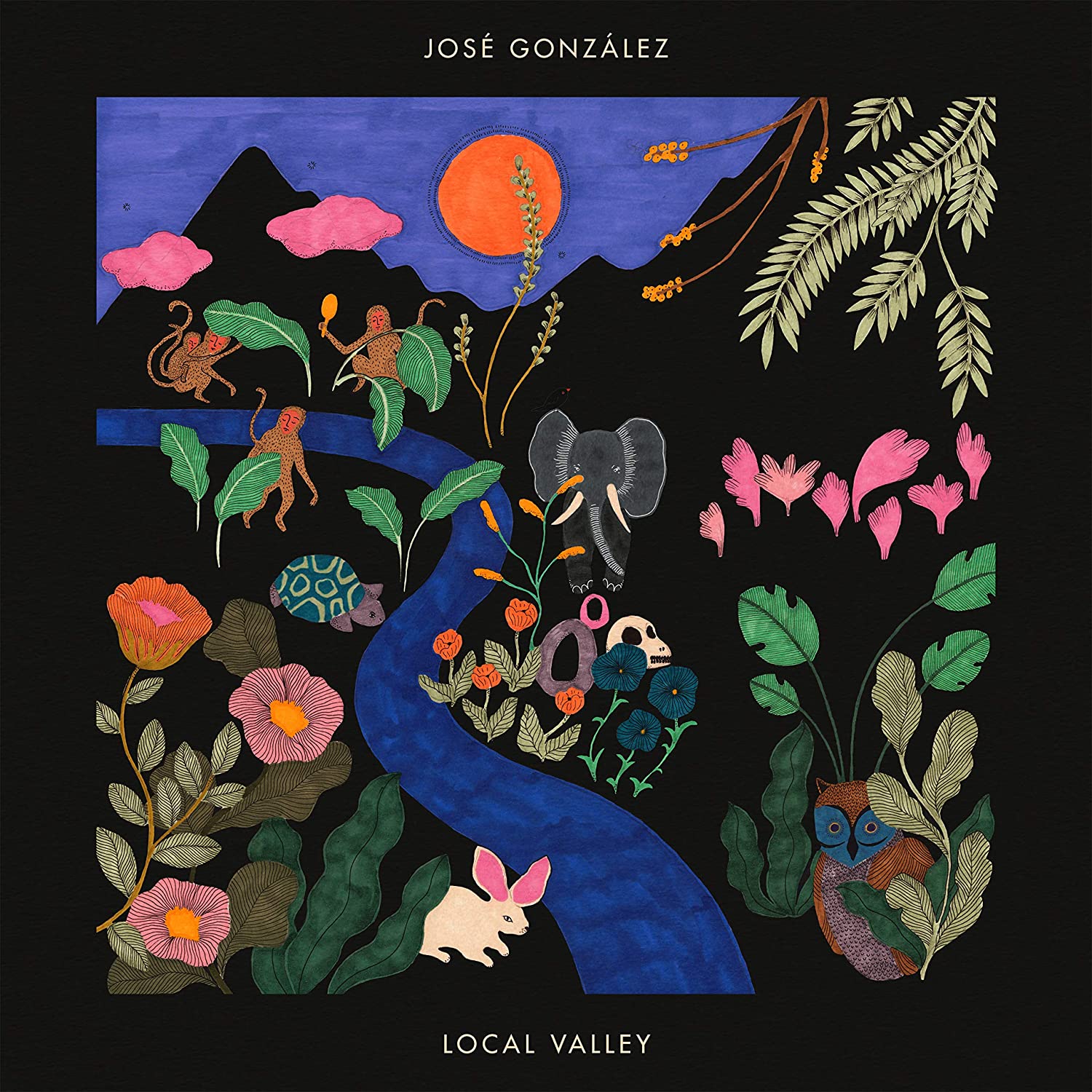 Argentinian-Swedish José González exists squarely in the canon of the acoustic singer[1]songwriters that write melodies and lyrics with such eloquence that their music feels almost otherworldly—vulnerable and human but also floating above it all. See: Nick Drake, Iron & Wine, Fleet Foxes’ Robin Pecknold and others. González’s signature turn was reimagining fellow Swedes The Knife’s electro-jam “Heartbeats” into a whispered, heart-shattering lullaby. Such is his power. On his first studio album in over five years, Local Valley, his music gloriously swirls through the speakers—with a few experiments thrown into the mix. First single and album opener “El Invento” features González pondering big questions while standing in awe of life itself. In Spanish, he sings, “At dawn, when everything changes color and we see a world appear full of beauty and pain—tell me why is it so?/ Tell me where are we headed?” Like the rest of us, González is just trying to find his way in the world, balancing between love and fear. Set to his delicately plucked guitar, it’s a revelation. Much of Local Valley follows suit—multiple tracks even feature recordings of birds chirping, placing you right alongside González as you question life together. The singer experiments with groovier, dance-oriented songs at the album’s center—“Swing,” with lyrics like “Swing what your mama gave you, swing your bum like seaweed,” will make you smile, but it doesn’t gently float like the rest of Local Valley. Still, González shows his masterful talents here—and the world’s a gentler, more beautiful place because of it.Please enjoy this full-length feature from our July/August Issue. Not a subscriber? Show your support for only $2/month