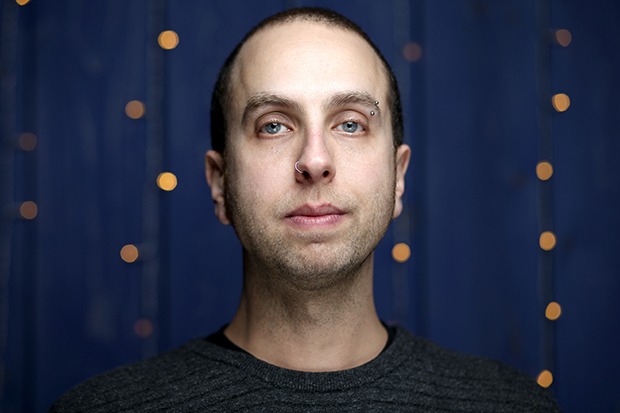 To say that Brandon Cronenberg has a unique vision is something of an understatement. The Canadian director debuted in 2012 with the monumentally-twisted Antiviral, which imagines a future where celebrities sell their diseases to fans, and then cemented his status as an auteur of note with the critically-adored Possessor. His latest film opens in theaters today (October 2) and follows the adventures of an assassin, who enters her victim’s mind via futuristic technology with the intent of destroying their life — from the inside out.

The end-result is a riot of psychedelic imagery and brain-splitting ideas that ranks as one of the best genre films of 2020. I recently got the chance to speak with Brandon about Possessor, and he revealed that the idea originally came to him during the press tour for Antiviral. He also shared his fascination with the idea of psychological infection and then how explained how the film’s practical effects came together. Other topics of conversation included his next two projects and working with composer Jim Williams. Get to know the breakout director a little better in our Q&A below.

What was the initial idea that eventually sprouted into Possessor?

It came from a trivial personal place. I actually started toying with the idea when I was doing the press tour for my first film, Antiviral. When you’re traveling around with a film for the first time, it’s a fairly strange experience because you’re, in a sense, inventing this public persona and performing a version of yourself, this media self, which then goes on to have a strange life without you.

I was finding myself sitting up in the morning and feeling like I was sitting up into someone else’s life, and having to madly scramble to construct some character who could operate in that context. I wanted to write a script about a character who may or may not be an imposter in their own life, and use that as a way to talk about how we build characters and narratives just to operate as human beings in a basic way.

It’s interesting that you mention Antiviral. I re-watched it recently and noticed some thematic similarities with Possessor — the idea of infection or a something foreign taking over your body. Do you agree with that?

I would agree, although I wasn’t deliberately trying to do that. I think I find myself continuing to be interested in what it is to construct this sense of a unified self despite the fact that we are anything but that. Human beings are a chorus of conflicting emotions, desires and impulses, some of which come from different parts of our own brains, but some of which don’t. Even on a biological level, our personalities are partly defined by microorganisms in our digestive tracks that are actually influencing our behavior, by parasites that we may or may not know that we have.

Of course, in a less literal sense, what could be described as psychological infection, ideas that we pick up from other people and don’t realize are defining us, which I think is especially relevant now as we’re seeing the effects of social media. For instance, foreign influence in the US elections. We’re only just beginning to understand what it is to be a society that is online all the time. I think we’re in a transitional period where we don’t realize what humanity is about to become and we’re only getting a sense of it.

I loved that it was hard to pin down an era for Possessor. The use of retro-futurism is prevalent throughout, down to the death mask Tasya uses to “possess.” How do you create that unique atmosphere?

Thank you. To be honest, as I was making it, I was thinking of it as a kind of alternate 2008. Just for myself, it’s set in Toronto in an alternate 2008. It’s in the film as an Easter Egg if you care about dating it.

I had no idea. That’s so cool. I guessed 50 years in the future at least.

The reason being that although that technology could actually exist — I did read a lot about the neuroscience behind physically controlling brains and the history of that experimentation. For it to reach the point that it is in the film, it would require a lot more time. For that to be a realistic technology, we’d be seeing a society in the fairly distant future.

I really wanted to make a film that used that science fiction element to talk about who we are now, and to create a world that felt familiar to us. For myself, I was envisioning an alternate timeline where that progressed much more quickly, where certain things progress much more quickly. That freed me up to take those genre elements in a metaphorical way rather than predictably.

Where’s the Easter egg? I’m going to rewatch it again.

It’s interesting that you looked into the science behind mind control because, as with Antiviral, I don’t find the concept implausible — particularly in the future.

Yes, that’s the scary thing with science fiction. I think very often, it’s written from the perspective of someone wanting to comment on modern society and isn’t used satirically, but then it becomes reality. Maybe the writer wasn’t intending to actually predict a real dystopian society that we are actually living in, but certain alarming elements of the work end up being predictive.

I have to ask you about the score. I’m a big fan of Jim Williams and the work he did on films like Beast and Kill List. What was it like working with him?

It was fantastic to work with Jim. I love Jim. We made a short film together as well as a warm-up but, obviously, we were able to work in much more depth on Possessor. I am just thrilled with how out the score turned out. He is such an inventive guy and so creative and skilled and brought so much to the film. It was really great working with him.

I love the psychedelic, mind-melding effects. I’m wondering if you could give me an idiot’s guide to creating that type of imagery.

[Laughs]. There were, I would say, three elements to it. The first was a long process of experimentation on the camera effects side with Karim Hussain, my cinematographer. I worked quite close and we were actually living just down the street from each other for much of the development process, so we spent a lot of time together just playing with gels and flares and various substances and projection feedback in order to create a bank of ideas on the camera effects side. All of those sequences are completely practical. There’s no CGI on them at all. Part of it started with that camera process with Karim.

Then Dan Martin, our effects artist, came on and created the makeup effects side of it, these incredible melting heads. Dan and Karim are both mad geniuses in their fields, and so getting them together is incredibly fruitful and exciting. We filmed with some of these camera effects, like the lighting gels over the lens with me flaring a flashlight into the side of the lens just to get these two-color shots, then used that to film Dan’s effects and the actors and scenes and so on. We then re-photographed some of that again, practically, using other lenses and gels to create this additional image distortion… but it was all in-camera.

It’s so effective. Have you already started thinking about your next project?

Well, it was a very, very long development period, so I have written a few scripts since then and two of them are pretty close to being able to go, pandemic-dependent, of course. One is called Infinity Pool, which is a tourist resort satire with sci-fi/horror elements, and then the other is called Dragon, which is a space war film.

You’re really speaking my language with those concepts. Thanks for you time.