Inhaler Calls For Change On New Single “When It Breaks” 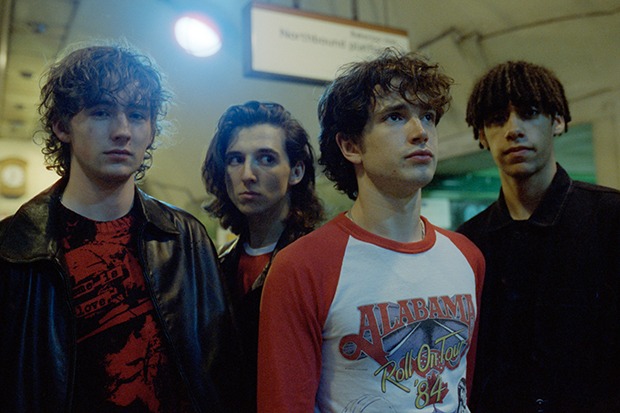 Inhaler returns with a searing indie-rock anthem called “When It Breaks.” Written over the summer, the Irish band’s new single responds to the world’s growing disquiet with the status quo. Change is in the air, and it can’t come quick enough for these guys. “What’s it gonna take for this storm to break? You don’t know what you’ve got until it’s taken away,” Elijah Hewson begins the song. “I’m not too scared to turn and face it.” That takes us to the rollicking chorus: “With the storm hanging over this place, you’re gonna wanna see it when it breaks.”

How did the song come about? “We wrote ‘When It Breaks’ in the last couple of months,” Inhaler explains in the press release. “Over lockdown we were floating around the instrumental demo, it was dark but also pretty hopeful sounding. When we went back to the studio over the summer and really got to put our heads together again, we felt like we had to write something about what was going on and how we felt about it. Coming off tour into lockdown was a huge adjustment for us after we had just got used to life on tour.”

“At first, it was a welcome break but pretty soon we were dying to get back to any festival or any gig where we could get our fix!” they continue. “The lyrics and the music communicate the anxiousness of how we were all feeling and still are now a couple months later. It’s definitely the most politically driven song we’ve released so far. It’s our interpretation of this strange and imperfect world we’ve come to live in. Things are gonna change and we are gonna be there when they do.” Listen below.